Tom Wood says England still use 2013 as motivation for Wales 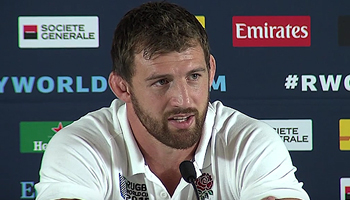 England’s most recent memories against Wales are happy ones but Tom Wood admits their chastening defeat of 2013 is still a factor. Two-and-a-half years ago Stuart Lancaster’s side travelled to Cardiff knowing victory would see them clinch a 6N Grand Slam.

Instead they were humbled as a rampant second-half showing from the hosts took them to a 30-3 triumph and the retention of their title.

England exorcised some old wounds earlier this year with a 21-16 victory at the Millennium Stadium but as the two countries prepare to face off at the Rugby World Cup on Saturday, Northampton Saints flanker Wood is staying grounded.

“I hope we don’t forget that Cardiff defeat,” said the 28-year-old. “We have done pretty well home and away against Wales since then and we learned a lot that day, not only about how to play rugby but about using emotion.

“We suffered that day and we don’t want to go through that again. It is something anyone who was there that day has never forgotten. It will live with us and, hopefully, inspire us.”

England and Wales each picked up maximum points in their Pool A openers with bonus-point wins over Fiji and Uruguay respectively. Wales have been struck down with a handful of injuries, while England boast home advantage at Twickenham but Wood is not underestimating Warren Gatland’s charges.

“We are going to have to be switched on from minute one and I expect them to play a powerful game with a heavy back line and we will have to stop their momentum.”