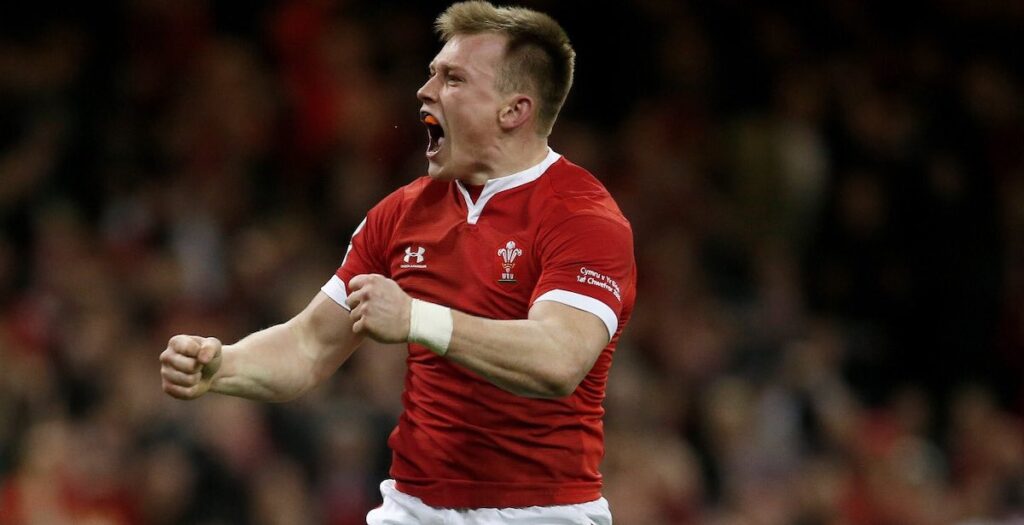 Tompkins was born in Sidcup, Greater London and got called up for the Wales squad for the Six Nations after qualifying for the home nation through his Welsh grandmother.

The 24-year-old came off the bench in the 54th minute in place of Hadleigh Parkes and scored five minutes later in front of a packed Principality Stadium, begging the question as to why he wasn’t picked up by the England setup.

So Nick Tomkins has taken to international rugby for @WelshRugbyUnion like a duck to water! Eddie oh Eddie why didn’t you pick him for @EnglandRugby?!

Nick Tompkins wasting no time in showing England what they're missing. In an era of tying down players internationally as soon as possible, letting him go is a whopper

Tompkins’ try helped Wales to a 42-0 win in Cardiff which has set a benchmark for the rest of the competing nations as they attempt to retain the championship.

I'm so, so impressed by Nick Tompkins today. I can't remember when I was last that impressed by a test debutant. He was only on the pitch for a total of about 25-30 minutes, but was in the discussion for MOM. He was that good. #WALvITA

Wales have not lost a Six Nations game since 2018 and Tompkins is now a potential replacement for George North, who filled in at centre for Jonathan Davies who remains sidelined through injury.

Tompkins has made 67 appearances for Saracens since making his debut in 2013 and represented England U20 12 times.

This is the turnover that eventually led to Wales' final try. If you want a snapshot of what Nick Tompkins is about, this is probably it. pic.twitter.com/NPSjb6ueiA

He's only played about 14 minutes.