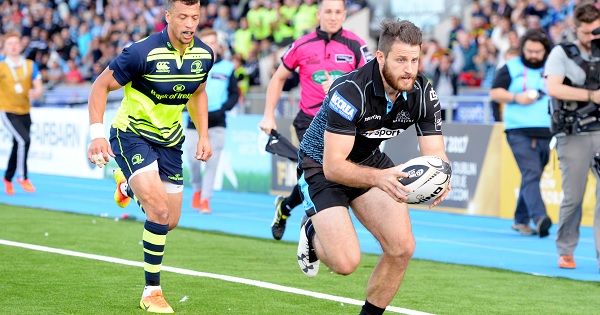 Glasgow produced a masterful second half performance to beat Leinster 33-25 on the first game played on the new synthetic turf at Scotstoun.

Leinster led by 10 points at one point, but four tries from Scotland winger Tommy Seymour helped the 2015 champions secure their second consecutive win of the Pro12 season.

Seymour has been the form player of the campaign so far and added to his opening round double against Connacht with four extremely well-taken scores.

While both defences were incredibly lax at times, it created a free-flowing, attacking game of rugby which was fantastic for the neutrals.

The first of Seymour’s tries was probably the pick of the bunch, after the winger latched on to a beautifully lofted flat pass from centre Sam Johnson.

This form has come at a very good time for Seymour, ahead of the upcoming Autumn Internationals and in the wake of the announcement of Warren Gatland once again becoming head coach of the British and Irish Lions.

While the Lions may not be on Seymour’s radar just yet, it is surely form that Gatland will not be able to ignore for too long.

Catch all four of Seymour’s tries in Glasgow’s win in the video below: