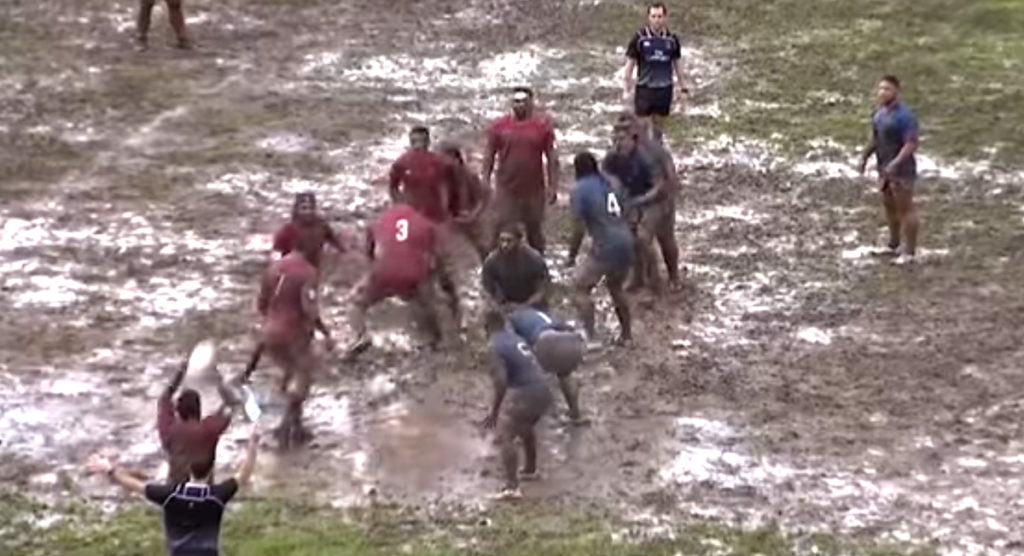 A number of players from Tonga and Samoa have criticised World Rugby for passing the pitch that they played on at the weekend.

Samoa overcame the visitors 25-17 in Apia on Saturday, but the game was played in what can only be described as a swamp compared to modern rugby pitches.

Tonga and Scarlets lock Sam Lousi took to Twitter to sardonically thank World Rugby for signing off the pitch for the teams to play.

S/o to @WorldRugby for signing off the field for us to play on today👌🏽👌🏽 pic.twitter.com/nQxgc2bZYs

Lousi has been backed up by teammate Cooper Vuna and former Samoa international Dan Leo, who both questioned whether a Tier One nation would be allowed to play in those conditions.

Vuna asked to know the processes World Rugby took to let that game go ahead, while Leo questioned whether England, the All Blacks or South Africa would accept playing on that pitch.

Please @WorldRugby enlighten us all on what processes you took to allow this game to go ahead? My question is – if a tier 1 team was to play that day ,would the game still go on? #PlayerWelfare https://t.co/TwWkrqkn5N

Would @EnglandRugby, @AllBlacks, @Springboks or any “Tier1” team agree to playing on this? Then why is it acceptable for us poor nations? Good on @samlousi for asking the question. https://t.co/HOK61xjdnJ

World Rugby has long been criticised by Pacific Island nations for neglecting them and favouring Tier One nations, and this will not help their cause.

Only a few months ago, the proposed Nations Championship initially saw Fiji, Samoa and Tonga completely overlooked in favour of Japan and the USA, despite Fiji being above both nations in the world rankings. Many speculated that this was down to money, which Leo feels is the same in this circumstance, as he asked “why is it acceptable for us poor nations” to play in the conditions that they did.

With the remaining fixtures in the competition to be played in either Fiji or Japan, the conditions seen in Samoa at the weekend may not be seen again, but this has been another situation where many Pacific Island players feel let down by World Rugby.

In the next round of fixtures, Samoa face the United States, who beat Canada in the opening game of the tournament, in Fiji next week, while Tonga travel to the Hanazono Rugby Stadium, one of the World Cup venues, to take on a Japan side fresh from their win over Fiji.

You can watch the full match below