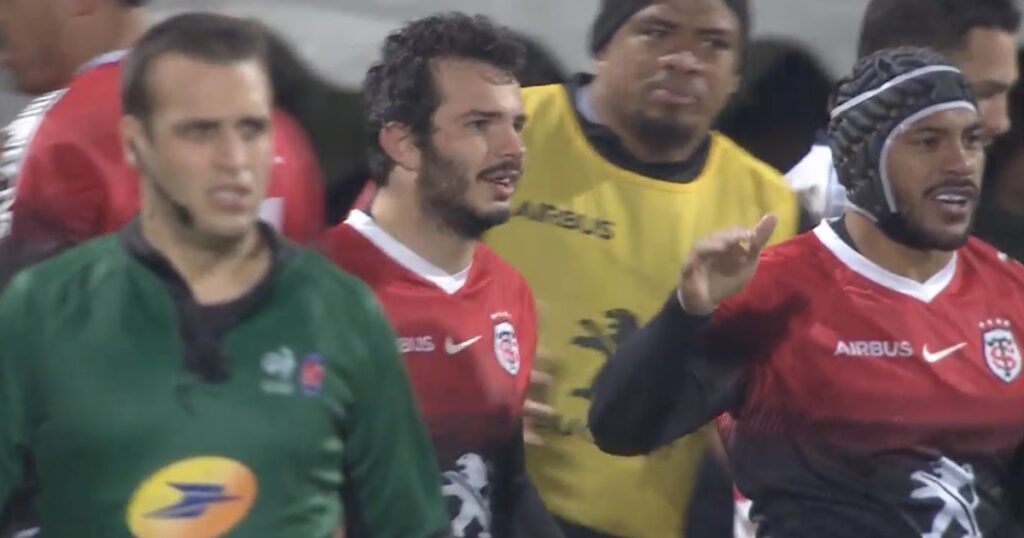 It certainly wasn’t a pretty match, but Toulouse recorded their sixth Top 14 victory of the season against a spirited Agen last weekend. Amid torrential rain, the visitors still managed to pull the rabbit out of the hat to score a superb try to help them take a 13-8 win.

The conditions largely dictated how the game was played, and it was a typically hard-fought, tight affair which Agen had edged in the opening 40 minutes,

Toulouse have always been known for their expansive play and ability to score from anywhere on the field and they were on good form again last weekend.

Instigated by a neat chip over the top of the defensive line by Zak Holmes, the ball was re-gathered by Romain Ntamack who, under increasing pressure from the last line of defence, popped in an instinctive kick ahead for winger Arthur Bonneval to chase.

Bonneval then had enough pace to gather the ball and slide over for what turned out to be a crucial score in the context of the match.

Toulouse remain fourth in the standings, but missed a chance to move up to third after Toulon’s impressive 41-19 win over struggling Clermont Auvergne.