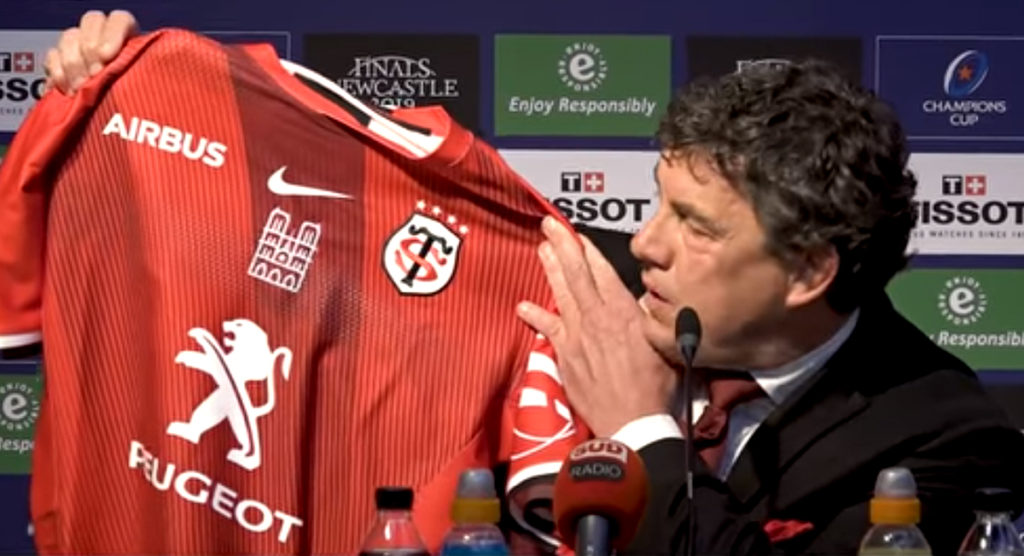 Ahead of Toulouse’s clash with Leinster in the Champions Cup this weekend, the team have shared a special shirt they will be wearing in honour of the fire at Notre Dame.

The iconic Parisian cathedral suffered devastating fire damage on Monday, and the French giants will wear a shirt with a white depiction of the building in the middle when they play at the Aviva Stadium on Sunday.

This is a great gesture by Toulouse, and many other French teams would surely have followed. Unfortunately, Toulouse are the only French team remaining in the Champions Cup, while Clermont Auvergne and La Rochelle remain in the Challenge Cup, meaning all other French teams are without a game. However, footballing giants PSG are also wearing a commemorative shirt similar to Toulouse’s.

Already, hundreds of millions of euros have been raised for the rebuilding of the 14th century cathedral, and Toulouse will be doing their part in remembering such a symbol of French culture and history.

The video below features Stade Toulouse president Didier Lacroix and is in French but for those who don’t understand, you can at least see the jersey