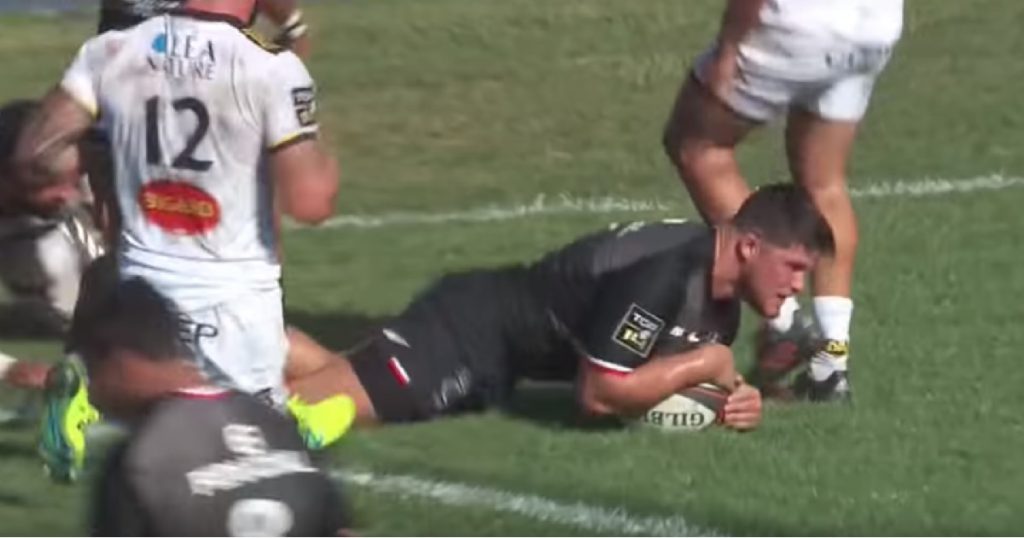 Toulouse remain unbeaten at the start of this year’s Top 14 season following an entertaining 33-26 victory over La Rochelle at the Stade Ernest Wallon. Ugo Mola’s men have not had much to shout about in recent seasons but showcased some fantastic play throughout the game, which harked back to the Toulouse of old.

It wasn’t quite the French Flair we all know and love, but there were signs that Toulouse may finally be returning to the sort of form which gave them a record 19 titles.

They scored five tries to La Rochelle’s four in a high scoring encounter, with hooker Julien Marchand’s one of the picks of the bunch.

It came after waves of pressure on the Rochelais’ line and a great piece of interplay between backs and forwards. Recent signing Maxime Mermoz was able to commit a La Rochelle defender before feeding full back Thomas Ramos.

Ramos then deftly popped a pass to the on-rushing Marchand, who was running a tight support line, before crashing over for the try.

Ramos strong performance at full back

Fly-half and ex-La Rochelle player Zack Holmes also got in on the action, scoring a superbly taken try in the same half. His try originated from a marvellous attack from centre Romain Ntamack, son of former French internationalist Emile.

Ntamack slewed in between defenders before straightening up and lofting a lovely pass in-field for the speeding Holmes, who went under the sticks.

Holmes was a pivotal part in the third try of a whirlwind opening 40 minutes, as he brilliantly offloaded out of the tackle to send winger Yoann Huget over the line.

Just three examples of Toulouse’s attacking ambition are sure to give its fans and coaching staff some cause for optimism for the rest of the season.

And on top of that, full back Ramos had an excellent game all round and showed the sort of attacking spirit which could lead French national coach Jacques Brunel to consider him ahead of the end-of-year tests beginning in November.

All that remains to be seen is if they can maintain their strong start. If they can, it could be a return to the good old days of Stade Toulousain.