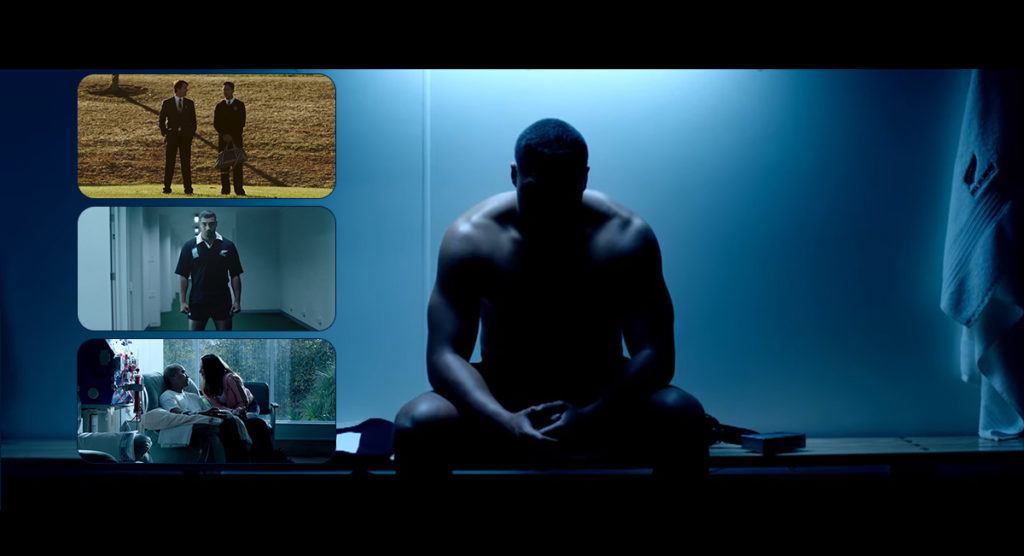 A new mini-series set to air on New Zealand television this month documents the life and tragic passing of the great Jonah Lomu. The movie will track the early beginnings of the legend of the game, from promising young athlete to devastating international rugby player, and beyond.

Playing the great man will be a young Tongan actor, Mosese Veaila. At 1.98m (6ft 6in) the 21-year-old has the physical attributes to tackle the imposing role, and if this first look is anything to go by, he was the right man for the job.

Lomu, who was the youngest ever All Black when he burst on the scene at the age of 19 years and 45 days old, went on to score 37 tries in his 63 Tests for New Zealand, before retiring in 2002.

He passed away from a heart attack in 2015, aged 40, a result of his long running kidney condition.

“It has been a heart-breaking and emotional journey,” said Nadene Lomu, Lomu’s wife who consulted the production team for the movie.

“But I appreciate the efforts of all involved in bringing Jonah’s story to life, and for the opportunity to collaborate with the production team on this project.”

Chief executive of producers Great Southern Television, Philip Smith, told Stuff in July that the drama would tell “the real story. Not the cliches”.

“We are the first biographers to talk to everyone,” he said. “It will be confronting but an incredible ride at the same time, just like his life. And he will definitely stomp over Mike Catt.”

The two 90-minute parts air on Three New Zealand in the lead up to the Rugby World Cup in Japan.