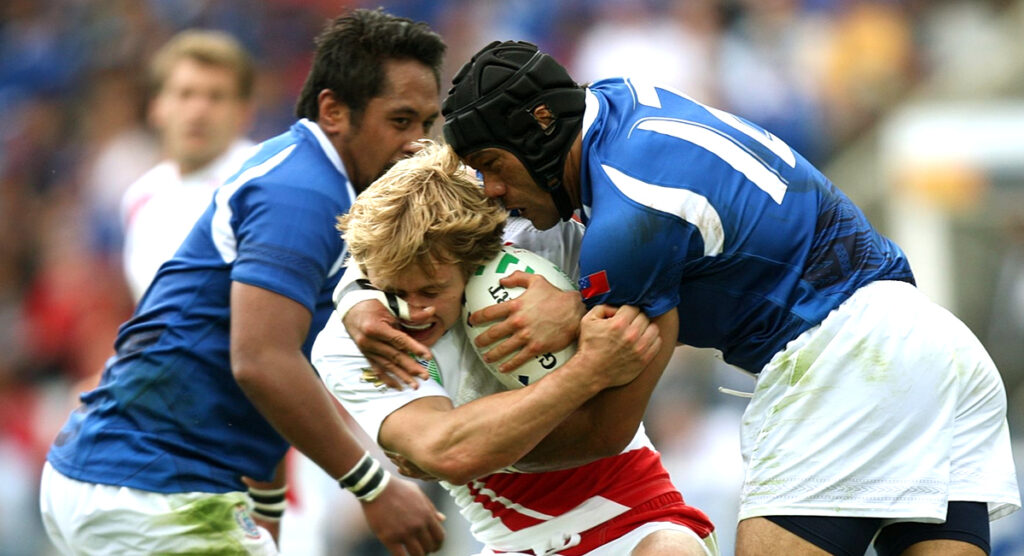 The Samoa Rugby Union today confirmed the appointment of their head coach for the fifteens team, as well as for their Sevens side. The teams will be run by two very familiar faces to global rugby fans.

The new Head Coach, Mapusua said “I am very honoured and humbled to be a member of the Manu Samoa again. I am excited to return home and get to work in growing and developing Manu Samoa rugby starting from the grassroots”.

“On behalf of Samoa Rugby Union, I want to congratulate Mapusua on his appointment, and we wish him well for this new phase in the Manu Samoa History,” he said.

WATCH: Burger describes playing against the ‘biggest human on the planet’

Mapusua was recommended by a Five-person selection panel and its recommendation was endorsed and ratified by the Samoa Rugby Union Board at its meeting early on Tuesday.

“Samoa Rugby Union went through a lengthy process in reviewing the Manu Samoa RWC campaign with the aim to make sure lessons learnt will be dealt professionally and make sure it won’t repeat in the next cycle hence the delay in making the appointment,” explained a statement.

Faleomavaega added, “SRU will now begin work with Mapusua on building a solid team of technical and management staff around him as they prepare for the 2021 season namely the Rugby World Cup 2023 qualifying matches for the Manu Samoa against our rivals Tonga in July/August 2021”.

Mapusua’s appointment is for a two-year period.

Samoan legend Muliagatele Brian Lima, affectionately known as “The Chiropractor”, has been appointed as head coach of the Manu Samoa Sevens team.

Lima was recommended following a lengthy and rigorous process that attracted applications from all around the World.

His appointment was made following the recent resignation of Sir Gordon Tietjens after leading Samoa National Sevens Program for the past three years.

Samoa is yet to qualify for the Olympics and it will be one of Muliagatele’s assignment is to prepare our team for the qualifiers and a possible debut at the Olympics in Tokyo, Japan 2021.

Muliagatele is appointed for a two year term.

Lima said “I feel truly privileged and honoured to be given this opportunity to lead our national sevens program. I cannot wait to come on board and work closely with CEO and GM Rugby in making sure we can revive our 7s program.”