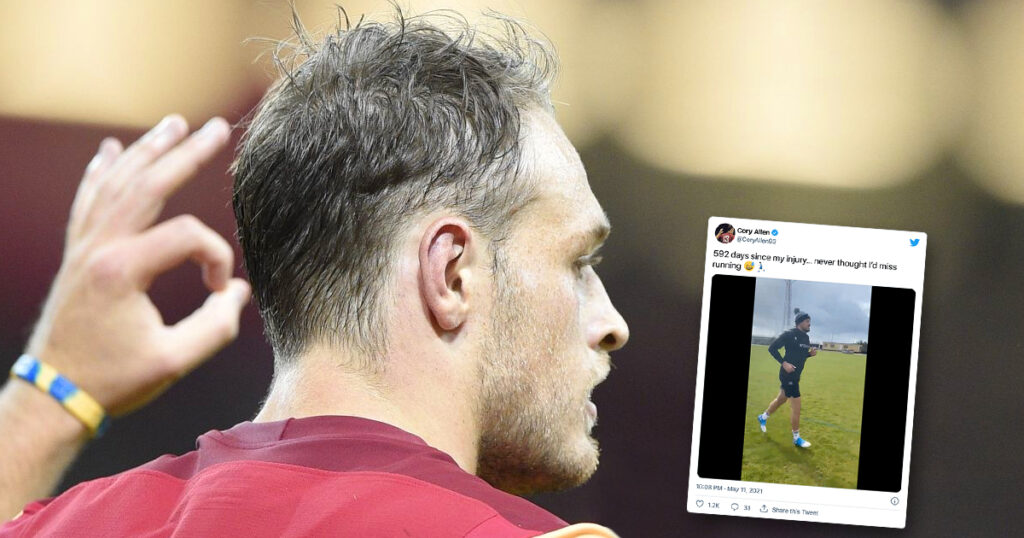 Wales and Ospreys centre Cory Allen has provided an update on his knee injury, sharing a video of himself running after almost two years out of rugby.

The 28-year-old suffered an anterior cruciate ligament and cartilage injury to his right knee against Ulster in September 2019 and has since been on the recovery trail.

The six-cap Welshman shared a video on social media this week which shows him running, alongside the caption “592 days since my injury… never thought I’d miss running.”

Allen won the last of his six Wales caps against Samoa in Apia in 2017, where he started on the wing. He made the move from Cardiff Blues to the Ospreys that summer as well.

Though this is progress in Allen’s return to action, there is still no timeframe as to when he is expected to play again.

Allen’s Ospreys and Wales teammate Gareth Anscombe has been out of action even longer than the centre having also sustained an ACL injury in August 2019 in Wales’ preparations for the Rugby World Cup.

Anscombe took a swipe at Allen soon after his post, wishing him luck with his move into the loose forwards.