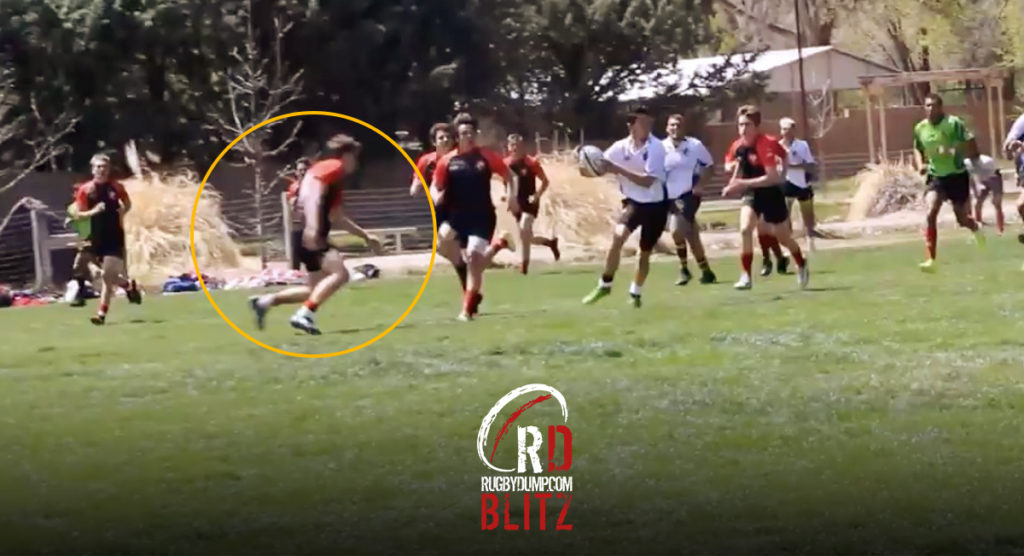 This short clip comes from an Under 19 match in the USA this past weekend, featuring a great example of a thumping legal tackle when the man with the ball got a little bit overconfident.

La Cueva Bears had the ball and as the second rower charged downfield after he beat two players easily the feeling from the sideline was clearly that he should look for support and play his men in space, rather than hanging onto it.

“USE YOUR TEAMMATES” was the quite comical call from at least one frustrated onlooker and just when he did, in fact, look up to get it wide, Denver East High School flanker Angus Skinner came out of seemingly nowhere to chop him down.

While some of the other footage from the match shows that it wasn’t an extremely high standard, this tackle itself was pretty much perfect technically, and the thump could be heard from the sideline.

The other interesting bit about this is that the tackle led to a turnover and just a few phases later, Skinner himself trotted over for a nicely taken, and well deserved, try of his own.

The match was part of Denver East’s annual tour, this year to New Mexico. The trip comprised of over 150 players, fans and coaches. East’s three teams each played two matches, resulting in a combined 5-1 win-loss ratio. With fully committed tackling like this from Skinner, that’s not surprising.

Send us your clips via rugbydump.com/blitz or through our social channels and we’ll share the best

credit: austinandreasen and steve for the submission