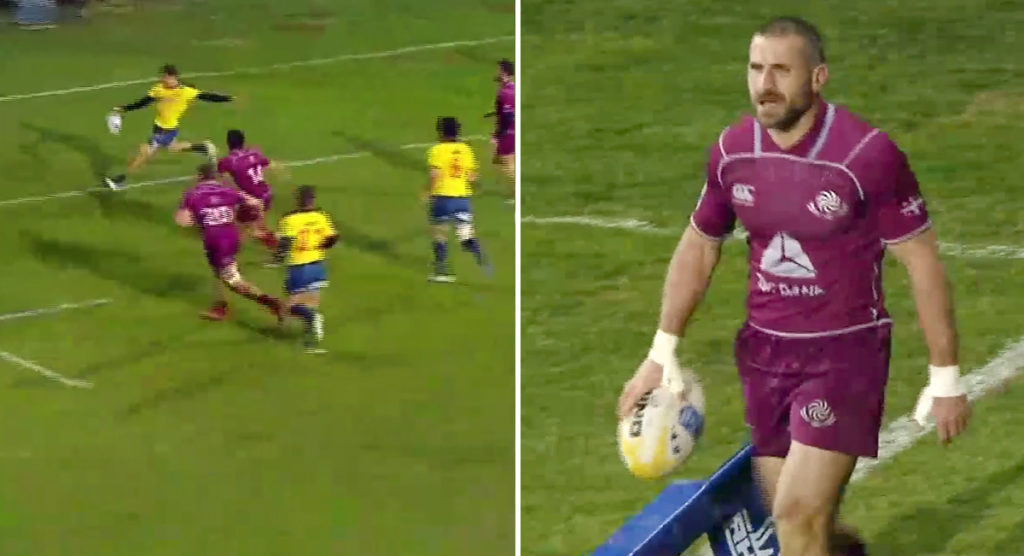 Georgia hosted Spain in really difficult conditions in Tbilisi at the weekend as part of their Rugby Europe Championship fixture. The cold and windy weather made things really tough for the players, but it did produce a quite unique moment just minutes from time.

The match was played in 45 mph winds but despite the weather, the home side managed to score four tries for a 24-10 win over Spain, who picked up two tries of their own.

Scrum half Facundo Munilla found some luck late in the game with an incredible 99 metre touchfinder, the likes of which have probably never been seen on a rugby field before.

There wasn’t much Georgia could do about it, and the field position actually led to Spain’s second try.

At one point, a clearance kick from less than 5m out went dead in goal on the other side of the field. See more examples of the crazy wind in the video below.

Examples of just how challenging it was for the Spanish kickers playing in 45 mph winds in Tbilisi. Even that behind your back was not so much of an advantage as kicks bounced too far whilst passes were swerving away from the players. All made for really quite an odd match. pic.twitter.com/IoAK2fLx3K