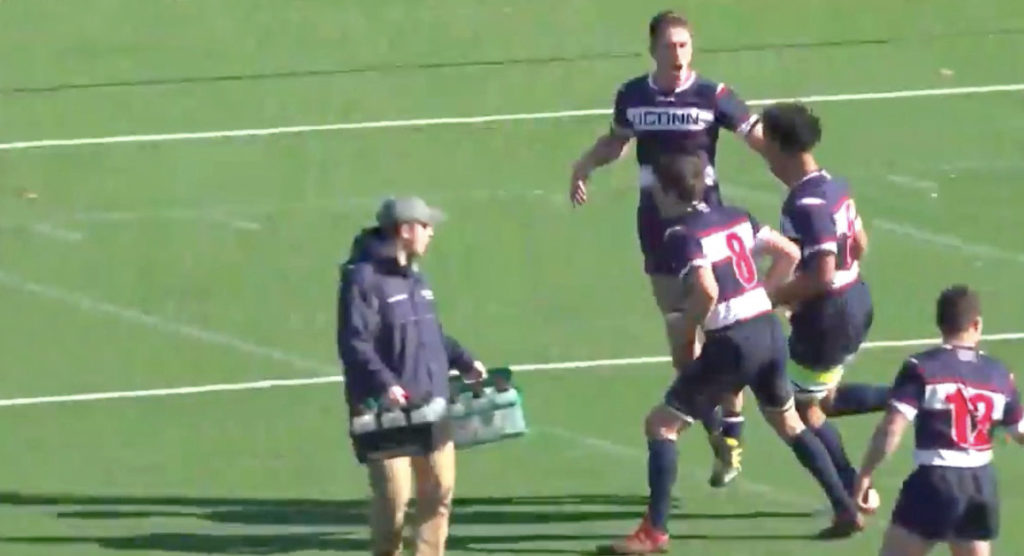 In game three of the 2018 Liberty Collegiate Men’s D1A Championship recently, University of Connecticut went ahead early after a try from big second rower Wojtek Kajzer. What happened next, nobody would have expected and few can explain.

We’ve seen our fair share of crazy celebrations over the years but this is definitely a first.

Rafferty Stadium at Fairfield University was surrounded by snow, after the field was prepared for the matches despite some freezing weather in Fairfield, Connecticut.

After some great play from number nine – and eventual Man of the Match – Shane Palmer, Kajzer got on the end of the inside ball with a great supporting line to score the games first try against Albany.

After getting off to such a great start, Kajzer was clearly pumped up so decided that he would get in the face of the opposition briefly, but not before he made sure he got a good mouthful of snow.

Yes, that really happened. UConn went on to win the contest 34-17.

Remember that you can send your best amateur rugby clips to us and we’ll get them featured on here and across our social media channels. Visit rugbydump.com/blitz for more information.