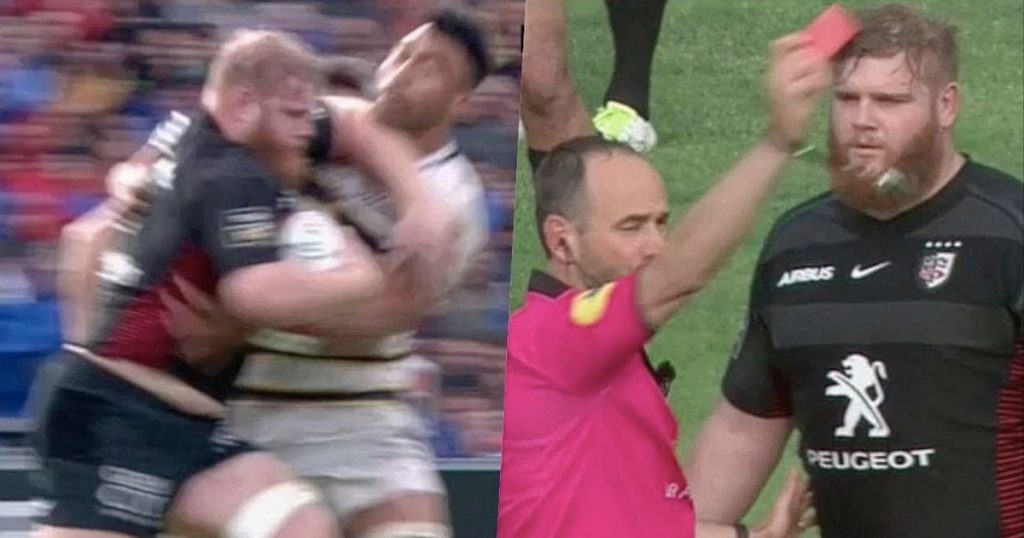 Referee Romain Poite red carded Toulouse back rower Gillian Galan for a dangerous fend just a minute from time as Toulouse picked up a 19-14 win over La Rochelle. The win pushed La Rochelle out of a playoff spot.

Victor Vito was on the wrong end of the Galan carry, copping the elbow or forearm in the throat in what intially looked like a fairly standard carry and fend. Replays showed why it was viewed as dangerous by Poite, who had no real hesitation in red carding the hefty number eight.

Galan looked displeased but the decision stood and it marred the win, with Toulouse also unable to pick up a bonus point as they scored just one try in the match, through Piula Faasalele.

Toulouse take on Clermont Auvergne away next weekend, while La Rochelle – who now have their playoff fate out of their own hands – host Stade Francais.

Montepellier remain top of the table, after they easily beat Pau 45-13.