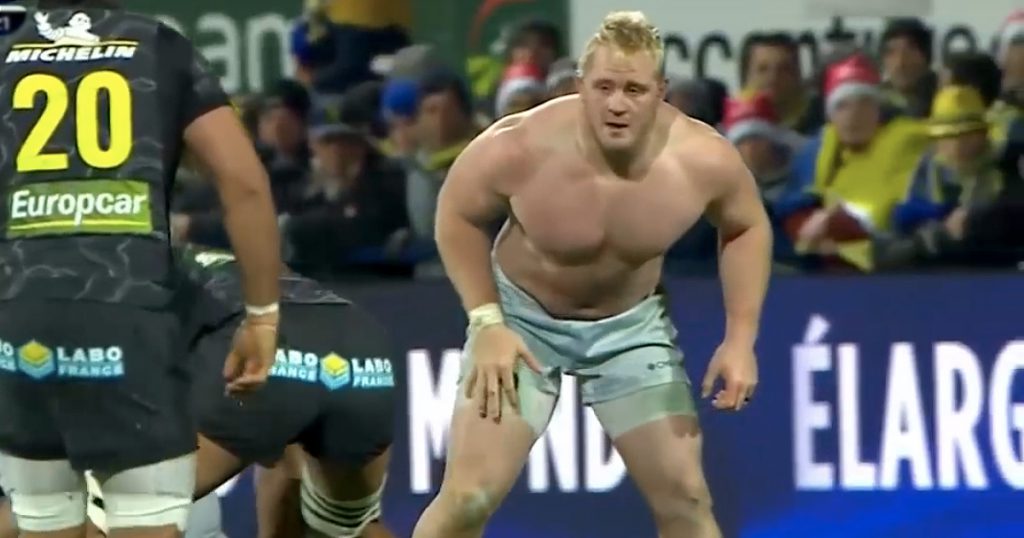 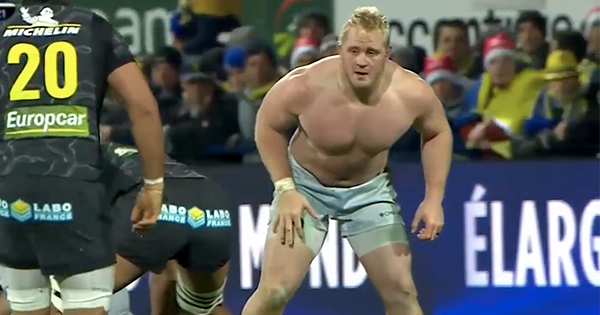 Clermont snatched a 24-21 win over Saracens on Sunday, their second in succession, as a late penalty sealed the victory. Late in the game fans were treated to an amusing few minutes of play, as former Springbok prop Vincent Koch lost his shirt.

After a heavy defeat to Clermont in their previous meeting, Saracens were in with a chance of winning away from home, but focus was lost for a short while as Koch had the rugby version of a wardrobe malfunction.

He lost his shirt, but with the score at 21-21 with just a few minutes left, realised the importance of his contribution.

Not only did he continue playing, but he joined a maul then got in the defensive line and made a big tackle, in the process showing us that modern-day front rowers are actually beasts, not the ‘fat boys’ we’re accustomed to.

As part of his tackle, Clermont lost the ball forward and Koch was allowed to get his shirt back on, looking completely unfazed by what just went on.

A similar thing happened with loose forward Jean Deysel a few years back too, and he too flexed his muscles and played on until a break in play.