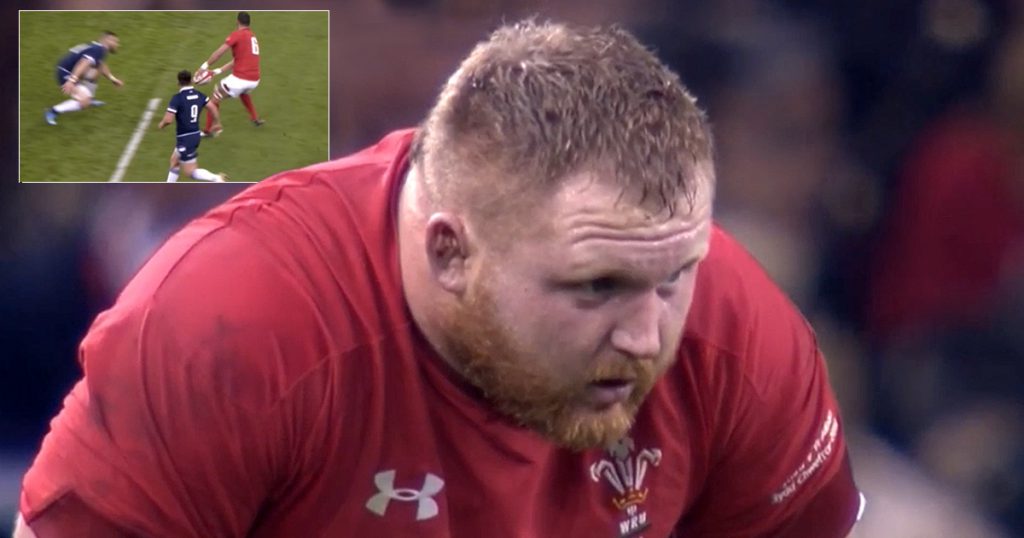 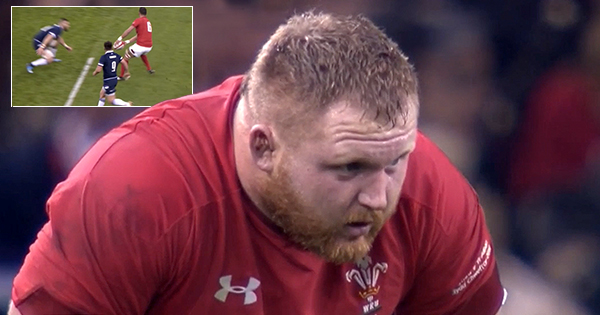 The Wales forwards would not have looked out of place on a Sevens pitch during their Six Nations opening game victory over Scotland on Saturday, with plenty of moments of glorious handling on display.

For starters Steffan Evans very nearly claimed one of the tries of the tournament when Aaron Shingler flew through a gap, before Cory Hill and Rob Evans combined to feed the onrushing Alun-Wyn Jones, whose offload was unfortunately unable to be controlled by the Scarlets winger.

With Wales in the ascendancy Samson Lee then produced a gorgeous flick pass that fooled the Scotland defence and allowed Ross Moriarty to get a full head of steam up.

Moments before Jones also produced a lovely pass that is normally associated with backs or players from the southern hemisphere.

The handling during the 34-7 win should come as no surprise, however, considering there were 10 players from the high-flying Scarlets in the Welsh starting XV.

Lee’s skill prompted BBC commentator Maryn Williams to claim “Samson Lee is a Fijian!” and it’s safe to say that people on social media were also enjoying it.

Samson Lee is my favourite fly half #WALvSCO

Anyone ever seen Samson Lee and Carlos Spencer in the same place? #WALvSCO

I need a “Samson Lee is a Fijian” t-shirt. #WALvSCO