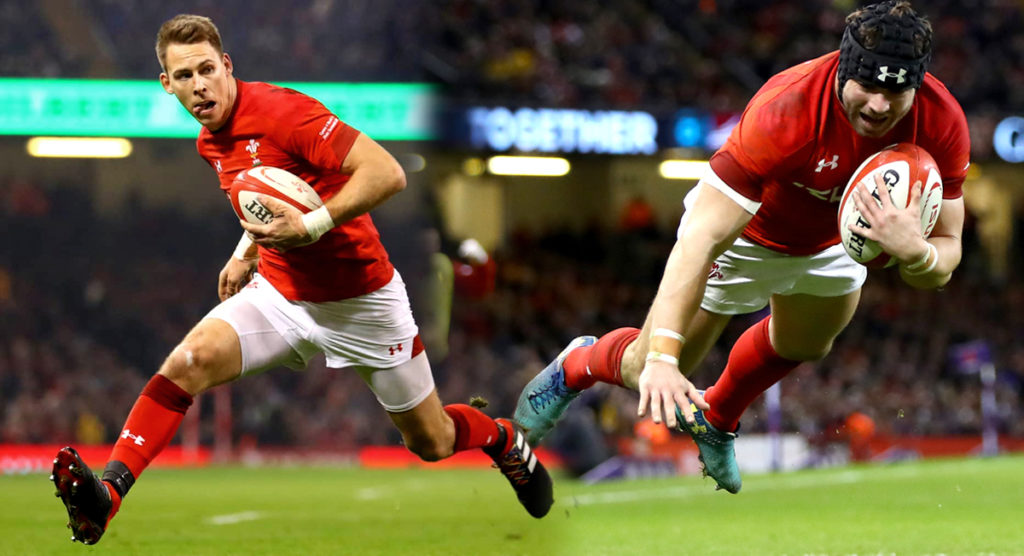 Wales were dealt a major boost ahead of their Six Nations clash with England next weekend, as Leigh Halfpenny had returned to the squad. However, there has been a division amongst fans as to whether the Scarlets fullback should start.*EDIT Halfpenny has now been released after training. Update below

Halfpenny has been out of action since a head injury in the Autumn against Australia, and the three-time British and Irish Lions tourist will of course give coach Warren Gatland more options at fullback.

However, Liam Williams was arguably Wales’ best performer against France and did not do himself a disservice against the Italians either. Many fans are aware of this and think it would be unfair for the Saracen to be dropped.

Halfpenny fit for selection another headache for Gats 😐

Does he push Liam Williams wing ? Personally can’t see how he can drop Williams so will North be dropped ? #headaches

On the other hand, England’s kicking has been a huge weapon of theirs so far this Six Nations, particularly the box-kick against Ireland, and their eye for space against the French.

Halfpenny is one of the most solid fullbacks in world rugby and is positionally very astute. Alongside his kicking, some fans believe that he could come in to nullify one of England’s greatest strengths.

I don’t think much will change for us, Halfpenny isn’t an attacking threat like Williams and Hogg. Just solid under the high ball and from the tee.

Then again, Williams is certainly not a weakness under the high ball and is also a natural fullback, meaning he won’t be caught out in the same way Yoann Huget was for France. Williams also provides a lot more in terms of ball carrying, something that Halfpenny now lacks.

The thought of Dan Biggar at fly-half and Halfpenny at fullback worries a number of fans, as it is too conservative. Not to mention the fact that the team will not need two place kickers of their standard.

One option that a number of fans are also settling on is playing Williams on the wing, with one of Josh Adams or George North missing out. This is another viable option, but it is just another indication of how the Welsh fans are torn over this news, and while Halfpenny has been a shoe-in over the past decade, the fans do not have as much confidence in him any more.

Liam Willian's our best bet to stop the English kicking every thing , he's great at taking the ball and taking it right back at them !

Finally, there is also a cohort of fans that think it would be unfair to throw Halfpenny back into such a pivotal match, given his potential lack of match fitness. Also the fans are taking into account his welfare, as he has had a number of head injuries in the past. Then again, if he were not fit, he would surely not be allowed to play at all.

If halfpenny starts, then Biggar must be benched. We need to play running rugby with only one kicker who is good under the high ball

Absolutely not. I would discount him from this series altogether and let him get back to match fitness with the Scarlets ready for the World Cup. Don't risk his health for short term gain, manage it for the long term benefit.

Liam Williams is doing very well at 15 at the moment. Great in defence and dangerous in attack.
I think the question needs to be, would Liam Williams be able to impact the game as much on the wing?
If the answer is yes, then Halfpenny takes the 15 shirt.

Think I'd go Halfpenny, Williams, Adams. With North on the bench to come on at 50 minutes. They'll target North and try to get him to turn

Brilliant to see him back, still Liam on the wing, adds a greater attacking threat from that position

*EDIT:
The following players will be released back to their respective regions and will link back up with the National Squad on Monday.

Released after training on Wednesday (today):