Wallabies 31-man squad, plus a few extras, for the World Cup and USA tour 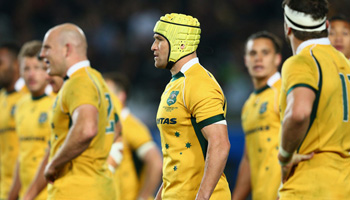 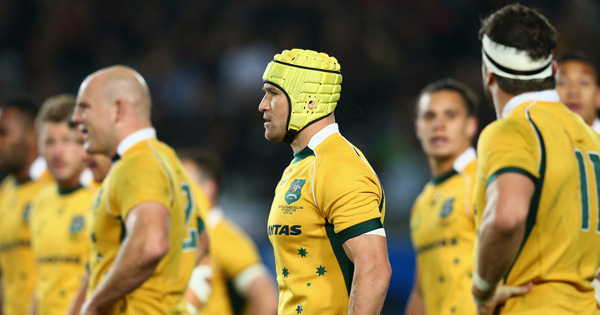 Wallabies Head Coach Michael Cheika has announced his 31-man squad for the 2015 Rugby World Cup. Comprising 17 forwards and 14 backs, and with over 1,200 Test caps between them, the squad will be captained by Stephen Moore in his third consecutive RWC.

Sharing the Vice-Captaincy role alongside Ashley-Cooper will be Michael Hooper. The 24 year-old flanker will be one of thirteen Rugby World Cup debutants for the Wallabies, including dual international Israel Folau.

Toby Smith and Sean McMahon are the only players named in the squad who have not featured during the 2015 international season, with Cheika opting for a more balanced and versatile backrow and props group.

The Wallabies will commence their preparations with a series of camps in Sydney, Indiana and Bath.

An additional 10 players have been named to join the squad until the time the 31-man Rugby World Cup squad departs for England on September 13.

The first camp will be held this weekend in Sydney, which will include a public farewell event to provide fans with an opportunity to see the team off in person at Martin Place on Thursday August 27, before the squad steps out for the 14th Annual John Eales Medal Gala Dinner later that evening.

The squad will then depart for the United States to set up camp at the historic University of Notre Dame in Indiana. From there the Wallabies will cross the state border to Chicago to play their final match ahead of the Rugby World Cup against USA at Soldier Field, home of the NFL’s Chicago Bears.

The historic clash will be Australia’s first Test against the Eagles in over 40 years.

“We’ve selected a wider training squad including an extra 10 players who will train alongside the squad prior to our departure from the USA to England,” said Cheika. “Like they’ve done all year, these players will play a huge role in the team’s preparation.”

The Wallabies will play their opening match of Pool A against Fiji at Millennium Stadium, Cardiff on September 23, followed by Uruguay at Villa Park, Birmingham on September 27.

The Wallabies will then take on England and Wales at Twickenham in London on October 3 and October 10, respectively. The two highest-ranked teams at the end of the pool stage will advance to the Quarter Finals.

*Uncapped at a Rugby World Cup