Wallabies hit out over Kerevi penalty against Wales 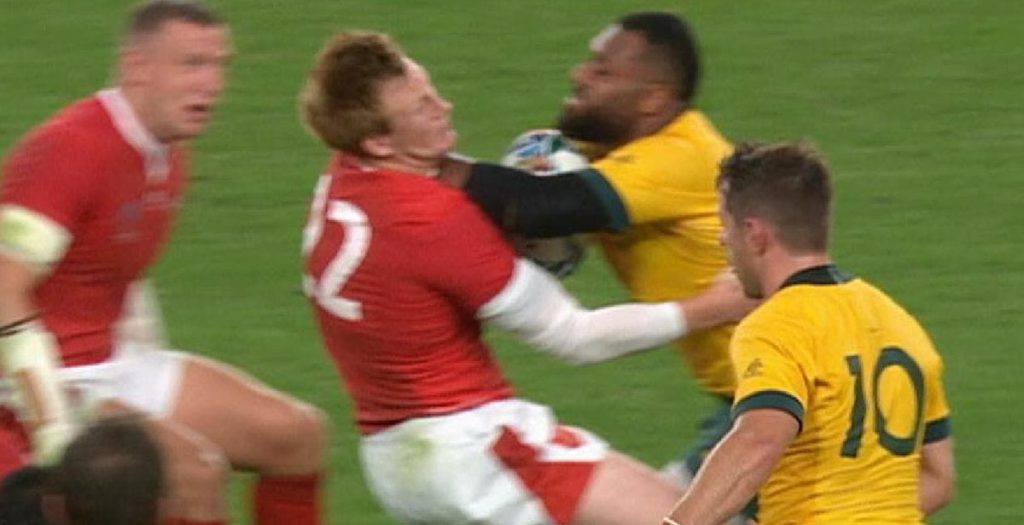 Australia centre Samu Kerevi has hit out at Rugby World Cup officials stating that he “might as well join the NRL” after he was penalised for carrying the ball high into contact against Wales on Sunday.

The Reds centre had possession when Wales fly half Rhys Patchell tackled Kerevi high, causing a collision between forearm and neck.

“The way rugby is going, I might as well join the NRL next, seeing how they police it … if you want to play touch, go play basketball … we’re here to run straight at people,” Kerevi told Sydney Morning Herald.

Wallaby head coach Michael Cheika also attacked the officials, stating: “As a rugby player, a former player, I am embarrassed here. I don’t understand anymore. They (referees) all seem spooked. Everyone seems worried about stuff so much.

“I don’t know why. The players aren’t worried. It affects everything else on the field too, decisions on all sorts of crazy stuff. Administrators are spooking the refs and refs are afraid of making decisions.”

Wales went on to record a famous 25-29 win over Australia in Tokyo on Sunday to take control of Pool D after two rounds of the Rugby World Cup, full match highlights are available below: