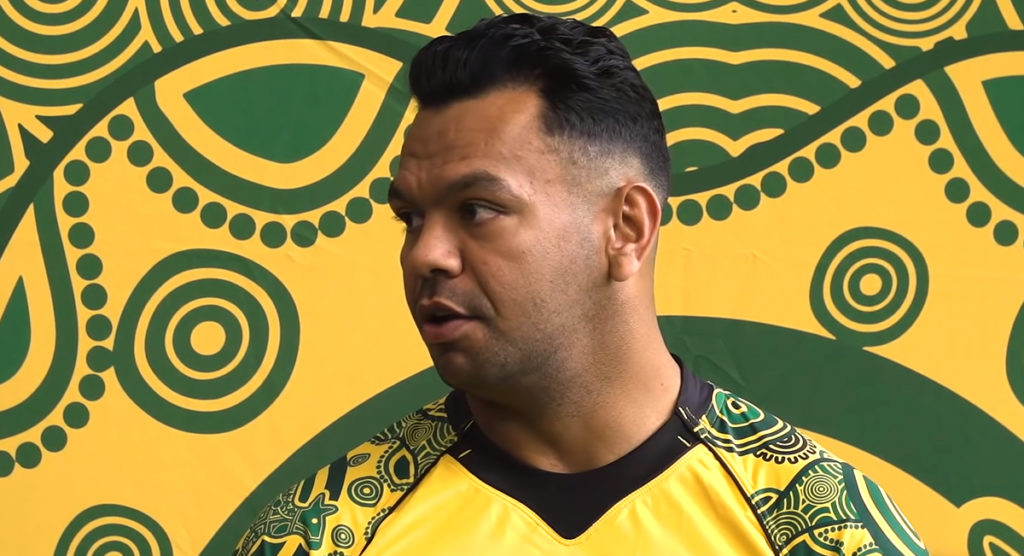 The Wallabies were in Sydney to announce that they will wear their hugely popular Indigenous strip when they take on England at Twickenham in November. It’s only the second time they’ve worn it and are hoping for the same success again.

Kurtley Beale has said that the changed strip should be a good omen for them and hopes they will wear it at the World Cup in Japan.

“I’m a proud indigenous man and to be able to pay tribute and recognise my culture in something I love doing is huge for me. It would be nice to wear it at a World Cup one day,” said Beale.

They will wear the jersey when facing England on November 24, in what will be the Wallabies’ third and final Test on their northern hemisphere tour after they will have already faced Wales (Cardiff, November 10) and Italy (Padua, November 17).

The jersey was last worn when the Wallabies beat the All Blacks 23-18 in Brisbane last year.

“New Zealand and England are two of our closest rivals on the sporting field, no matter what sport you talk about, so I think it’s very fitting that we will play our first two matches in this special jersey against these two teams,” skipper Michael Hooper said.

Wallabies coach Michael Cheika will on Thursday announce his squad for the third and final Bledisloe Cup clash against New Zealand in Japan next Saturday.