Wallabies Wycliff Palu and Will Skelton both heading home with injuries 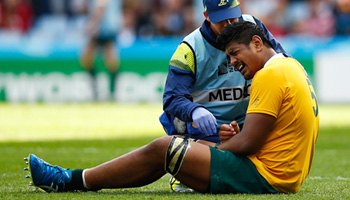 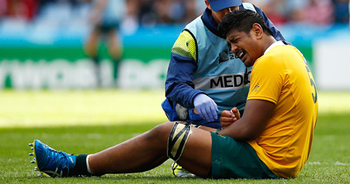 The Wallabies have lost forwards Wycliff Palu and Will Skelton after they both picked up injuries during their 65-3 win over Uruguay on Sunday. Scans confirmed that both Palu (hamstring) and Skelton (pectoral) will be out for the remainder of the tournament. James Hanson and Sam Carter have been called up as their replacements in the Wallabies squad.

One of the most respected players in recent times for the Wallabies, Palu’s Rugby World Cup ended when he was replaced at half-time against Uruguay, after missing the Wallabies opening match against Fiji through injury.

Skelton was substituted midway through the second half of that match with what was initially believed to be a shoulder injury but scan results on Monday showed he had sustained a pectoral injury.

The 23-year-old will consult a surgeon on his return to Australia.

Wallabies Head Coach Michael Cheika said it was disappointing to see the tournament end for Palu and Skelton after solid contributions by the pair throughout the international season.

“Very few players have the opportunity to play for the Wallabies, let alone at a Rugby World Cup, so from that perspective I’m really gutted for them.

“From a team perspective, they both play important roles in the side and it is disappointing that we need to replace players in our squad.”

Their replacements, Hanson and Carter, have had an active role with the Wallabies this international season and played in the Test against the USA in Chicago earlier this month.

Hanson has 10 Wallabies caps, having debuted in the 2012 Bledisloe Cup Test at Suncorp Stadium, while Carter has donned the gold jersey 12 times since debuting in 2014.

Both players will join the squad looking for their maiden Rugby World Cup appearance.

Cheika said he had complete faith in Hanson and Carter to fill the void left by the duo for the remainder of the tournament.

“Both James and Sam have been part of the team at various stages this season and I am confident they will be able to step up and grasp the opportunity they have been given.”

The Wallabies arrived in London on Monday evening for their third Rugby World Cup Pool A match against England at Twickenham this Saturday.