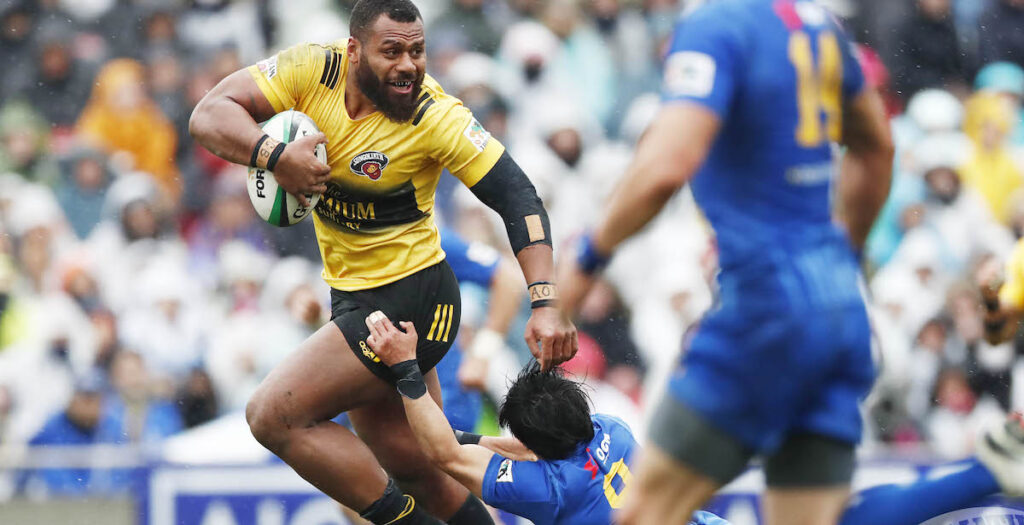 Wallaby centre Samu Kerevi used his devastating handoff to set up a try for Suntory Sungoliath in the Top League on Saturday.

The 26-year-old received a poor pass and under pressure from the NTT Shining Arcs defence he managed to fend two players and unleash his teammate with a lovely offload in the lead up to a try.

Kerevi’s effort helped his side earn a 22-10 win leaving them fifth in the league after two rounds. Full match highlights are available below:

Kerevi has earned 29 caps for Australia since making his debut in 2016 and scored five tries in the process.