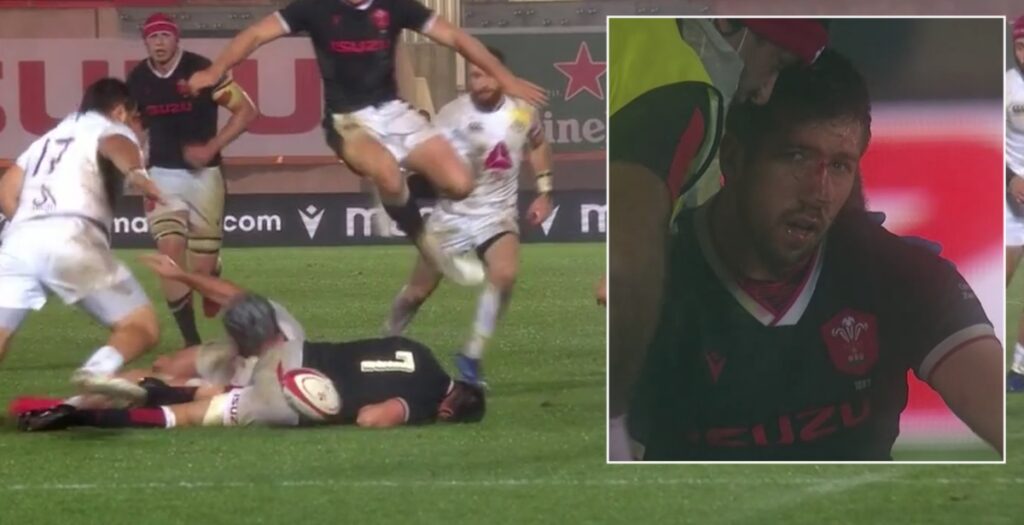 Wales legend Sam Warburton has described the challenge on Justin Tipuric during Saturday’s Autumn Nations up game against Georgia as a “dirty cheap shot”.

Tipuric was forced off the field after taking a blow to the head in the second half from Georgia flanker Beka Saghinadze and Warburton expressed his opinions during his punditry role with Amazon Prime.

“I thought it was his head hitting the floor initially but that’s dirty,” said Warburton. “That’s got to be a yellow card. There’s no need to make that tackle. That’s a dirty, cheap shot to the chin.”

Referee Luke Pearce gave Saghinadze a yellow card due to mitigating circumstances, saying to the TMO: “It is direct contact to the head but we need to discuss that the tackler is bringing that player to the ground. At the moment, I’m thinking yellow because of that tackle taking him to the floor.”

Speaking to S4C after the game, Wales head coach Wayne Pivac added: “We are very disappointed with him leaving the field the way he did with what was pretty much a cheap shot.

“It was a nasty knock, it didn’t look good on the camera angles we saw. He’s okay at the moment but certainly it was disappointing to lose him in that fashion.”

Wales went on to beat Georgia 18-0 at Parc y Scarlets and Tipuric, who was captaining the side, may be out for a few weeks with the head injury.