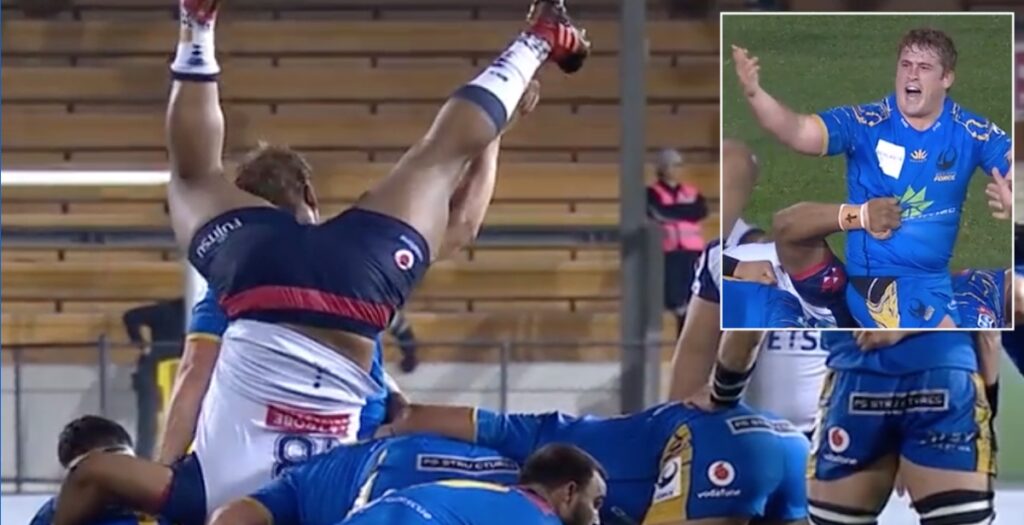 The 23-year-old replacement grabbed hold of Western Force substitute Andrew Ready and jumped over the top of him, diving head-first into a ruck.

While the commentators found it hilarious, Fa’amausili received a penalty for putting himself and the opposition in danger.

Fa’amausili joined the Rebels in 2018 and has since made six appearances for the Super Rugby franchise.