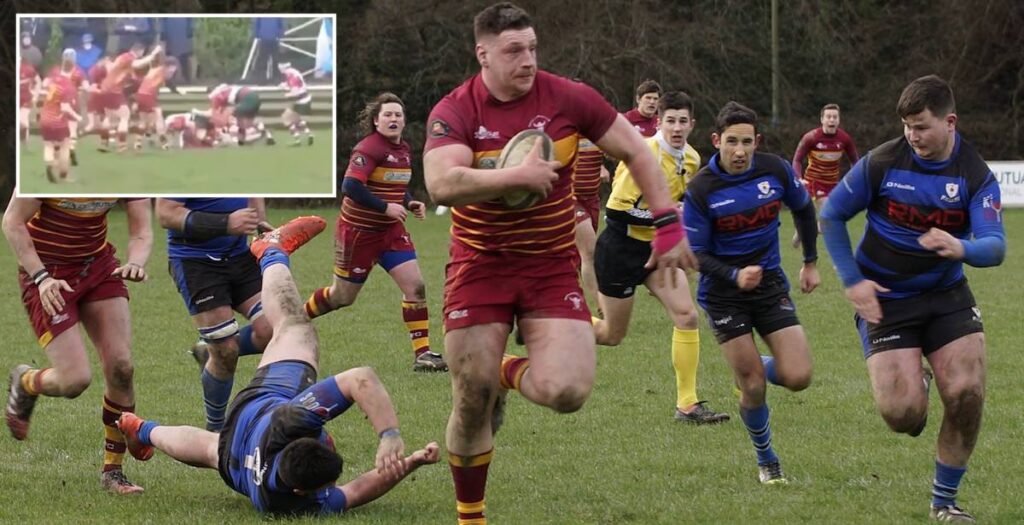 Footage from 2019 has emerged of a former powerlifting world champion weighing more than 140kg destroying his opposition with a bone-crunching hit.

Max Singer of Douglas RUFC in the Isle of Man was guarding the side of a breakdown when the opposition open-side flanker took the ball at full pace directly into his channel.

The seven was stopped dead having been ended by the 6ft 7” powerhouse in what has to be one of last year’s hits of the season.

In 2016 Singer won the World Drug-Free Powerlifting Federation Championships with a 255kg back squad, 180kg bench press and 290kg deadlift.

Since winning the competition Singer joined Douglas and put his power to good use – just hope he doesn’t play against anyone you care about soon.