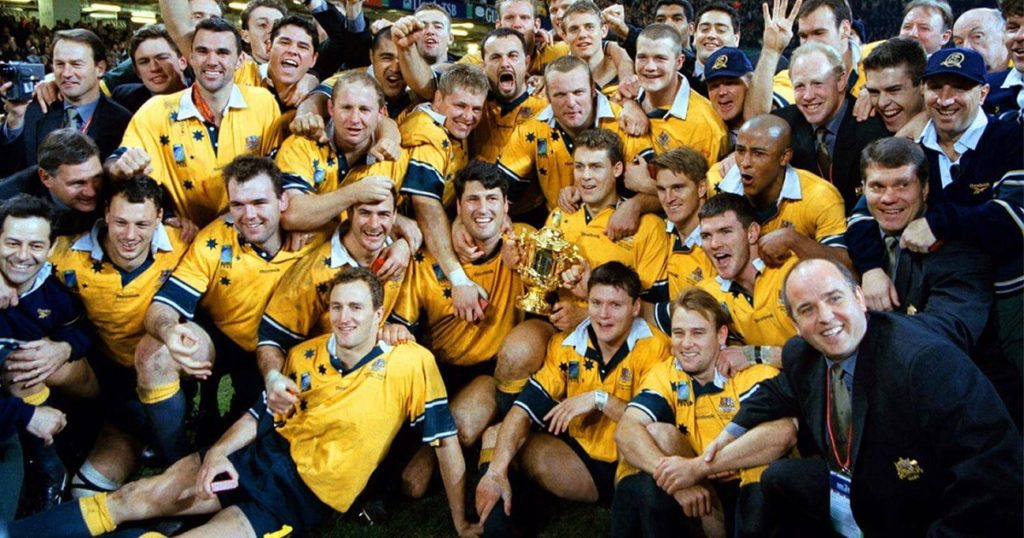 As preparations begin to take shape for this year’s Rugby World Cup in Japan, World Rugby took a trip down memory lane to 20 years ago, the last time Australia lifted the William Webb Ellis trophy.

It seems crazy to think that the Wallabies have yet to taste victory since then, although back then it was a side quite used to rising to the occasion.

Already winners of the tournament in 1991, the Australians – coached by Rod McQueen at the time – became the first nation to win two World Cups, since the inception of the competition in 1987.

Their opponents on the 6th November in Cardiff were the irrepressable, unpredictable French. Who could forget the journey of Les Bleus in the knock-out stages, particularly after Jean-Claude Skrela’s side had a solid but unspectacular progression from the group stages.

France had just stunned the All Blacks with that semi-final performance at Twickenham a week prior, while Australia saw off South Africa at the same venue on the day before.

Many tipped the French to go one better than their only other Final appearane – against New Zealand in 1987 – but it was Australia who lived up to their pre-tournament favourite status by dominating the match from the start.

Owen Finnegan scored a barraging try early on while Ben Tune added a second. Seven penalties and two conversions from Matt Burke versus four from Christophe Lamaison arguably won the match for the Wallabies (35-12) in the end.

Australia reached the final on home soil four years later, but lost out to England and the boot of Jonny Wilkinson in that famous extra time battle.

Since then though, it’s been something of a barren run for the boys in the green and gold. Beaten again by England in the quarter finals in 2007, they finished third in 2011 by beating Wales before narrowly losing to New Zealand in the final four years ago.

The Wallabies and their supporters will be hoping that there is some sort of pattern forming ahead of the 2019 tournament. Third in 2011, second in 2015… Could 2019 be their year?