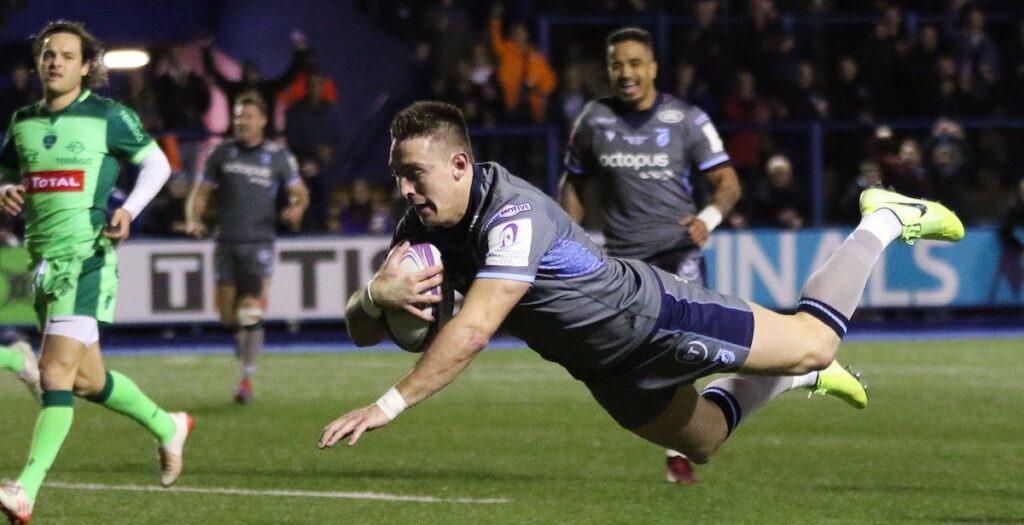 Cardiff Blues scored an impressive eight tries against Pau in the European Challenge Cup on Saturday at Cardiff Arms Park.

Josh Adams took centre stage with a hat-trick of tries in the Welsh capital while fly half Jarrod Evans scored 22 points throughout the match, which finished 54-22 to the hosts.

To celebrate such an authoritative win, Cardiff Blues released a video on social media showing all eight of their tries in one minute, enjoy.

This win puts the Blues second in Pool 5 after three rounds of the competition.