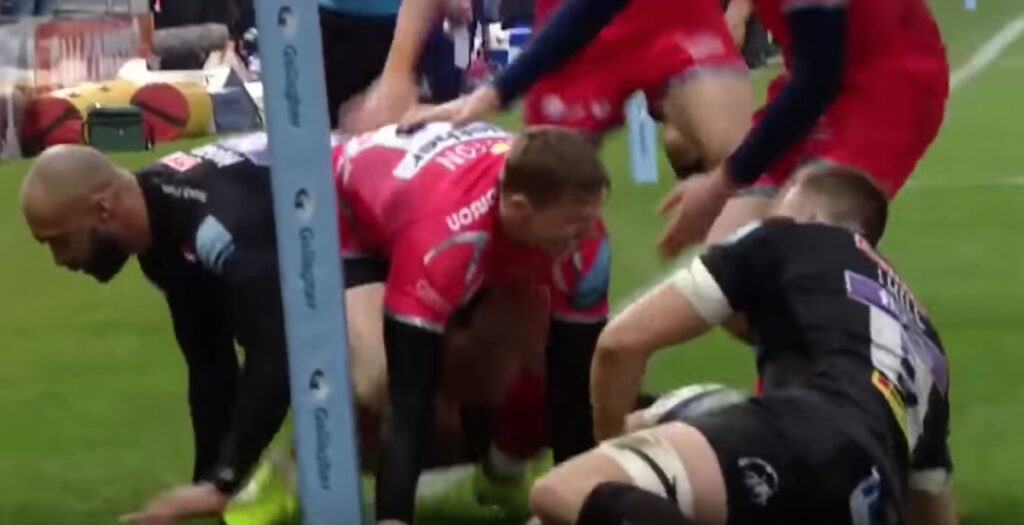 Former England winger Chris Ashton demonstrated world class finishing against Exeter on Saturday with a clinical try in the corner.

The 32-year-old got the ball almost standing still and managed to beat three Chiefs defenders on the way to the try line in the first half at Sandy Park.

Ashton bumped Phil Dollman, slid out of the second challenge and dotted the ball down before Jonny Hill could stop him.

Ashton’s try helped Sale record an impressive 19-22 win away at Exeter which means they now sit third in the Premiership table after nine rounds. Full match highlights are available below:

Having scored 20 tries in 44 appearances for England, Chris Ashton was regarded as one of the best finishers in the world and he set a record for the number of tries scored in a single Top 14 season while at Toulon.