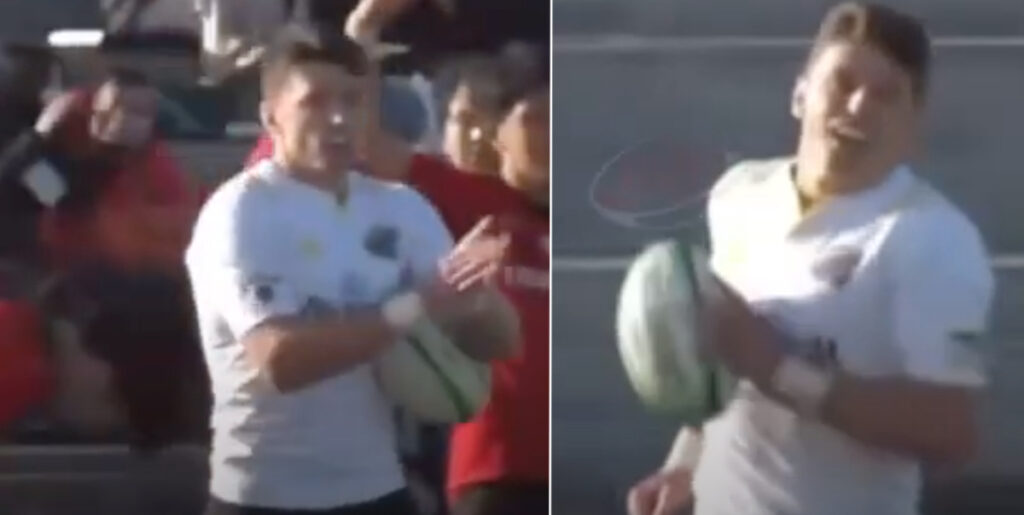 All Blacks star Beauden Barrett scored on his first appearance for Suntory Sungoliath during a training game against Brave Lupus on Saturday.

The 29-year-old came off the bench and almost immediately scored a try after making a trademark break down centre field en route to the line.

Barrett arrived in Japan in mid December after signing a lucrative deal with Suntory Sungoliath which will run for a year before he rejoins the Blues in Super Rugby in the build up to the 2023 World Cup in France.

The New Zealander has earned 87 caps for the All Blacks since making his debut in 2012 and is widely regarded as one of the best players in the world.