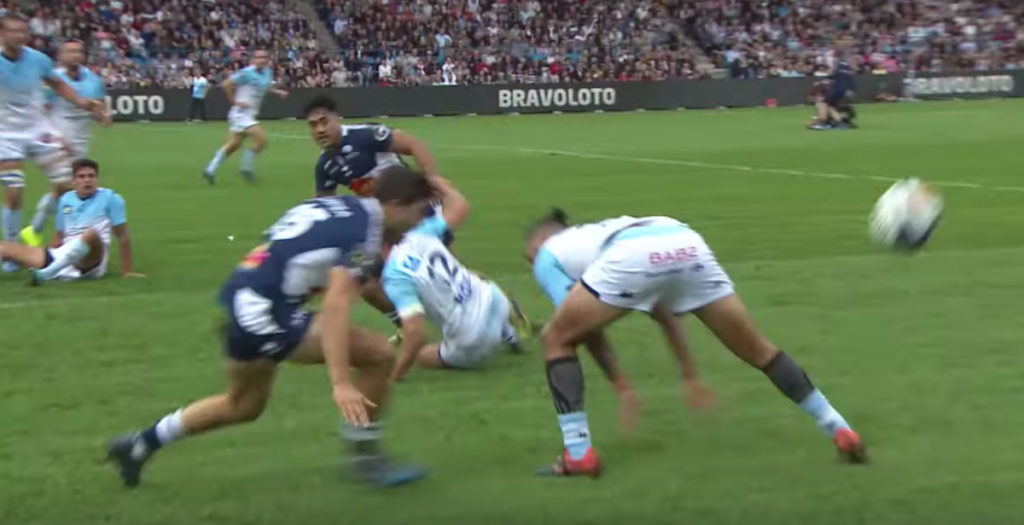 Bayonne scored a sensational try against Agen in the Top 14 on Saturday which combined two beautiful passes in the build up.

The visitors were building phases close to Agen’s try line when the ball found its way to fly half Romain Barthelemy, who produced a blind miss-pass to centre Alofa Alofa.

The Samoan then instinctively threw the ball between his legs straight into the arms of winger Sean Robinson, who dived into the corner to finish the try.

Bayonne went on to win the game 27-29 in round six of the tournament leaving them third – seven ahead of Agen who sit in ninth.