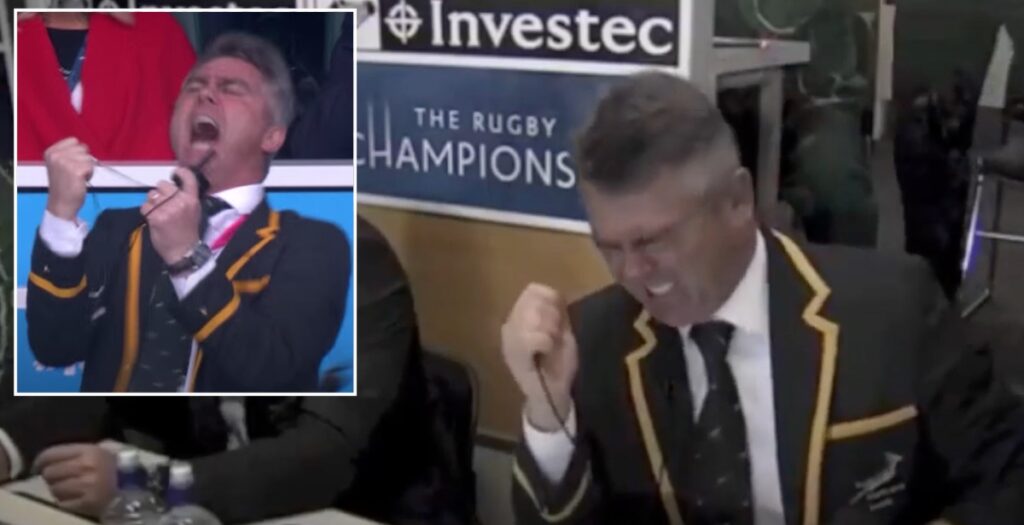 Former South Africa boss Heyneke Meyer was popular among fans for his emotional reactions while watching his side play from the sidelines.

His time with the Springboks concluded after the 2015 Rugby World Cup when South Africa were knocked out of the tournament by New Zealand in the semi-finals.

The 52-year-old has coached at club level in South Africa, France and England and is without doubt one of the most passionate head coaches in the game.

Here’s some of his best moments from the sidelines: