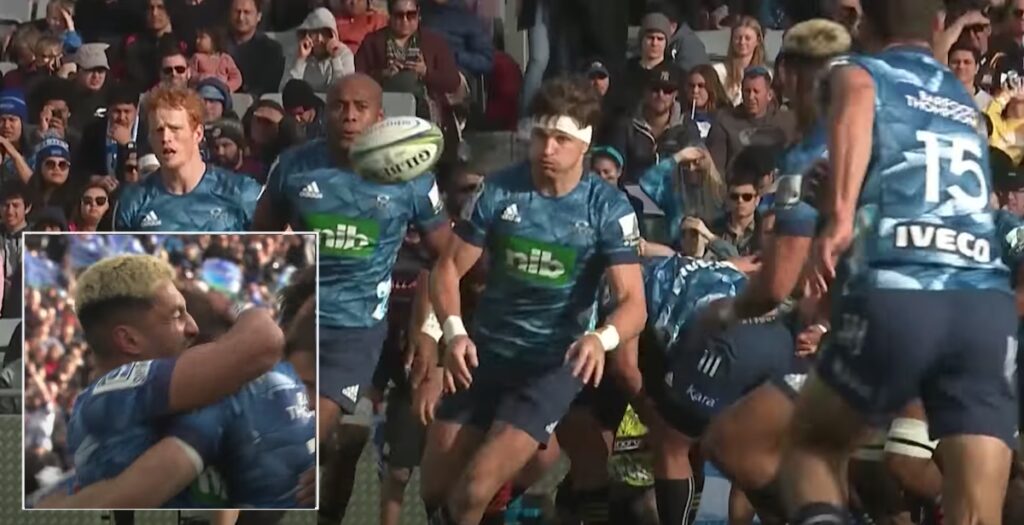 All Blacks star Rieko Ioane was at the centre of a fabulous strike play for the Blues in the opening minutes of Saturday’s clash with the Chiefs.

The Blues had an attacking scrum inside the Chiefs’ half and scored a beautiful try off first phase at Eden Park to give them an early lead.

Despite TJ Faiane overrunning the decoy line, the ball found its way to Beauden Barrett who gave an early ball to Ioane in midfield. Ioane then gave a wonderful no-look pass to full back Matt Duffie who ran a lovely line to slice through the defensive line and score the first points of the match.

This early try helped the Blues to a 21-17 win in Auckland meaning they’re now four from six in Super Rugby Aotearoa. Duffie’s try plus full match highlights are available below: