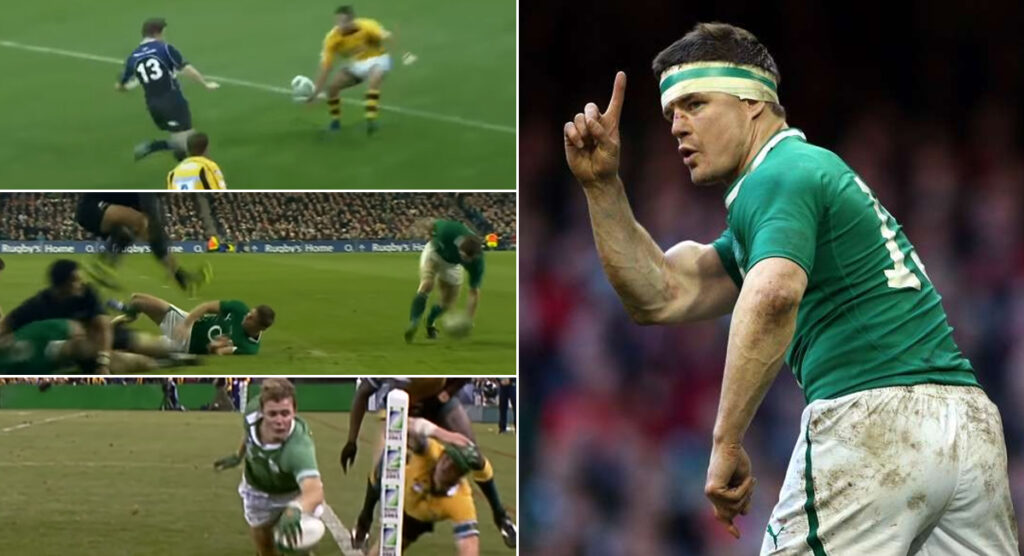 It goes without saying that Brian O’Driscoll is one of the most highly-regarded players of the modern era, or perhaps of any era. His skill, pace, and overall rugby nous were the stuff of legend and made him a once-in-a-generation player. It’s no wonder he’s the highest scoring centre of all time.

O’Driscoll was capped 141 times for Ireland, scoring 46 tries, 26 of which were in the Six Nations, a record that still stands.  The man from Dublin has an awards list as long as your arm and tribute videos aplenty.

That being said, it never gets old when a video emerges showing his best tries and reminding us why many refer to him as rugby’s GOAT.

O’Driscoll has since gone on to become a top-notch analyst for BT Sport and is routinely called on world-wide for his opinions on the game at large.

A few days ago, O’Driscoll spoke candidly about his playing days, letting it be known that he actually felt Wales was the worst team to lose to, not England as many would have guessed.

Apparently, the feelings go back to when Warren Gatland was let go from Ireland in favour of Eddie O’Sullivan. Gatland would go on to success with Wales, but not without dragging Ireland in the process.

“Sam Warburton spoke about it a while ago, about the perceived animosity between Wales and England was nothing to what they felt when they came over and played us, or when we played them in Cardiff.”