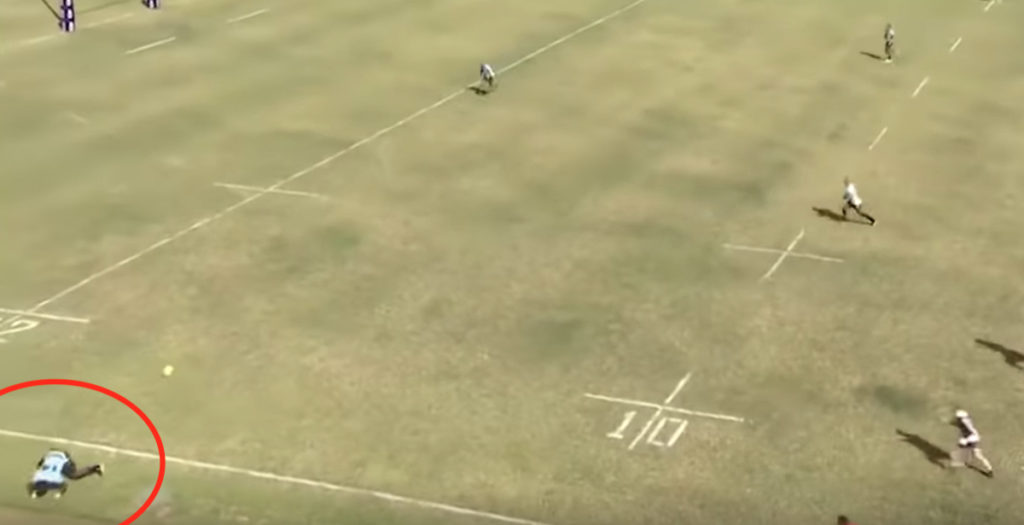 Fijian Drua winger Jiuta Wainiqolo made a comedy of errors to cost his side a try in a National Rugby Championship game against Queensland Country on Friday.

Wainiqolo was defending a tactical kick from the opposition deep inside his own half, but things didn’t go to plan for the 20-year-old.

The Fijian youngster spilled the ball over his head and then attempted an acrobatic dive to keep the ball in play, allowing the opposition to run through and score a try.

However Wainiqolo redeemed himself late in the game when he made a break down the right wing to set up a dramatic 80-metre match-winning try in true Fijian style.

The game finished 26-24 in Sigatoka meaning they Drua will now get the opportunity to defend their NRC title after qualifying for the semi-finals with this win.