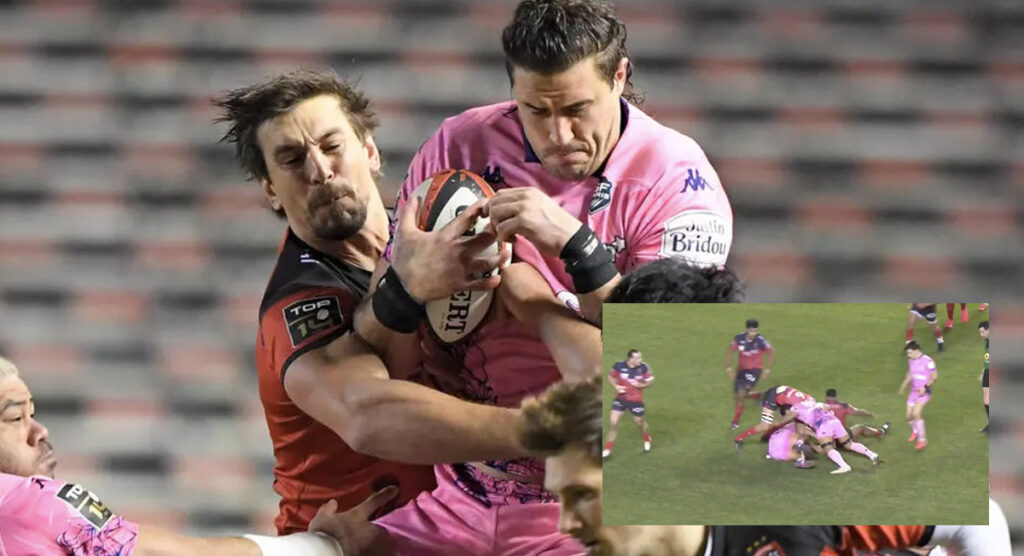 South African World Cup-winning lock Eben Etzebeth has spent his professional career in the second-row. Toulon kicked things up a notch Sunday by moving the giant enforcer to flanker. The results may indeed have lasting effects beyond this one encounter.

It’s been said that necessity is the mother of invention. Eben Etzebeth started the first game of his career at blindside flanker in Toulon’s 35-13 home victory over Stade Francais after Toulon flanker Swann Rebbadj was scrubbed shortly before kick-off.

He performed well enough that it may just have a trendsetting effect with his employers going forward.

Chances are this will just be a one-off. However, it could certainly throw an unexpected wrinkle in Warren Gatland’s plans if the British and Irish Lions tour goes forward as planned.

Etzebeth joined Toulon in 2019 after the successful Springbok World Cup campaign and his tenure has been outstanding thus far.