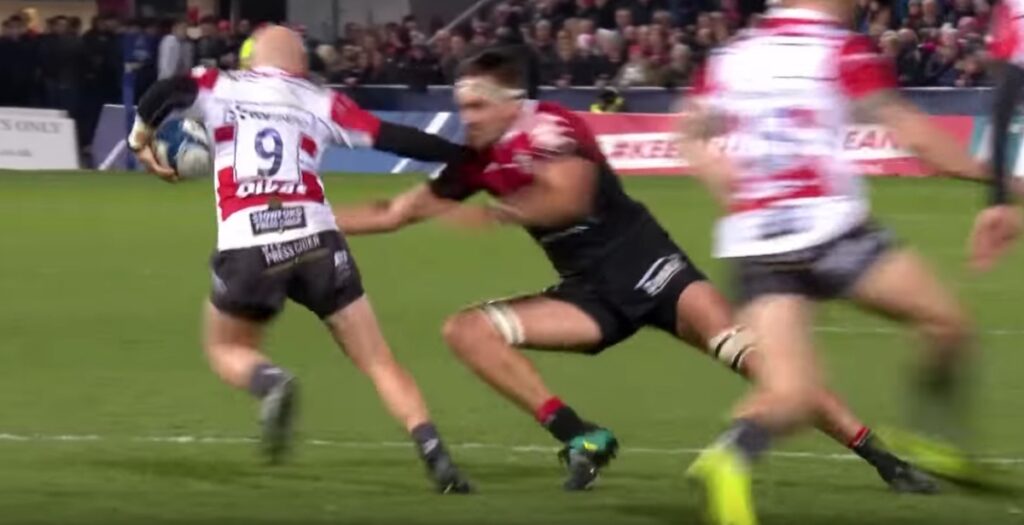 Two stunning Joe Simpson tries weren’t enough for Gloucester to start their European campaign with a win over Toulouse at Kingsholm on Friday night.

The visitors came away with a 20-25 win despite being 14 points down at the break after a brace of breakaway tries by Simpson in the opening quarter.

Both of Simpson’s tries in the first quarter were from his own half of the pitch and on both separate occasions he demonstrated fantastic pace to reach the try line.

The Cherry and Whites then failed to record a single point in the second half and conceded 16 to lose the game.

Simpson, 31, moved from Wasps in the summer where he made 230 appearances and in 2011 he represented England at the Rugby World Cup.

Full match highlights are below but may only be accessible to UK viewers until other sources are available: