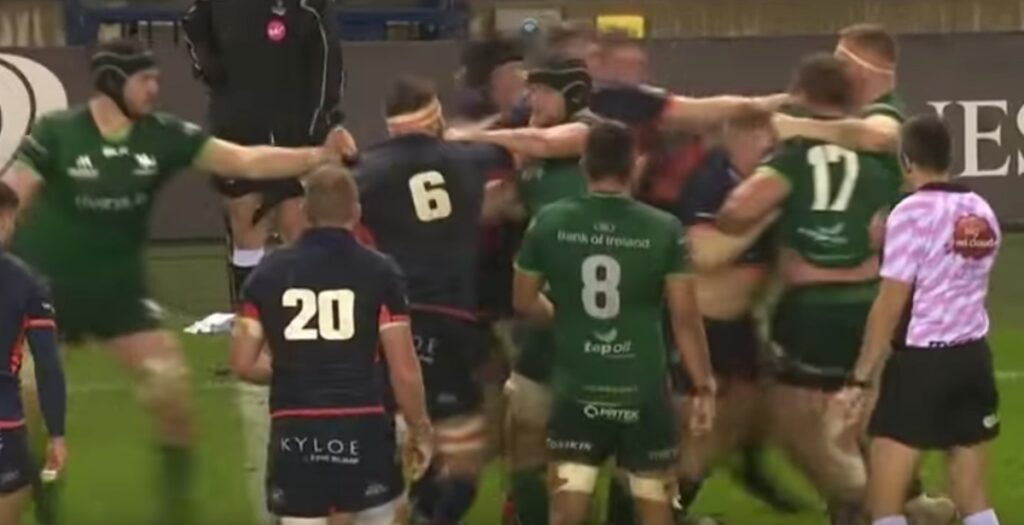 Four yellow cards were awarded in the final 10 minutes of Friday night’s Pro 14 game between Edinburgh and Connacht at Murrayfield.

The game got particularly spicy towards the end with brawls spilling out across the pitch and it was Edinburgh winger Eroni Sau’s tip tackle in the 72nd minute which kickstarted the flow of sin bins.

Next up were Nick Haining and Eoghan Masterton who were given their marching orders for fighting after a scrum but as no punches were thrown the players walked off alongside each other.

Finally Connacht replacement Conor Fitzgerald was sent to the bin for tripping the opposition in the final minute of the game making it five yellow cards throughout the feisty encounter in Edinburgh.

The game ended 41-14 to the hosts leaving them top of Conference B after 12 rounds.