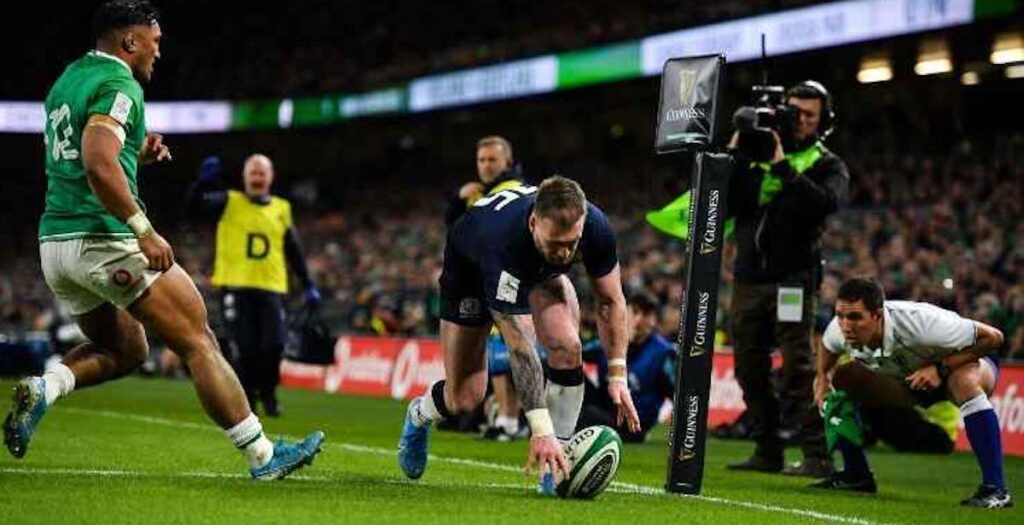 Scotland captain Stuart Hogg had a nightmare start to his Six Nations campaign by dropping the ball over the try line at the Aviva Stadium.

The 27-year-old ran over the try line to score what could have been a crucial try for Scotland in the 50th minute against Ireland.

However in the process of dotting the ball down with one hand, it slipped out of his grasp just before touching the grass.

Despite Hogg’s celebrations the referee consulted his TMO who clearly showed the full back had lost control of the ball at the crucial moment.

This was a painful moment for Scottish rugby and despite pushing the hosts right to the final whistle, Ireland went on to win the game 19-12 in Dublin.

Hogg has made 72 appearances for Scotland since making his debut in 2012, crossing the try line 22 times. It should have been 23 times.