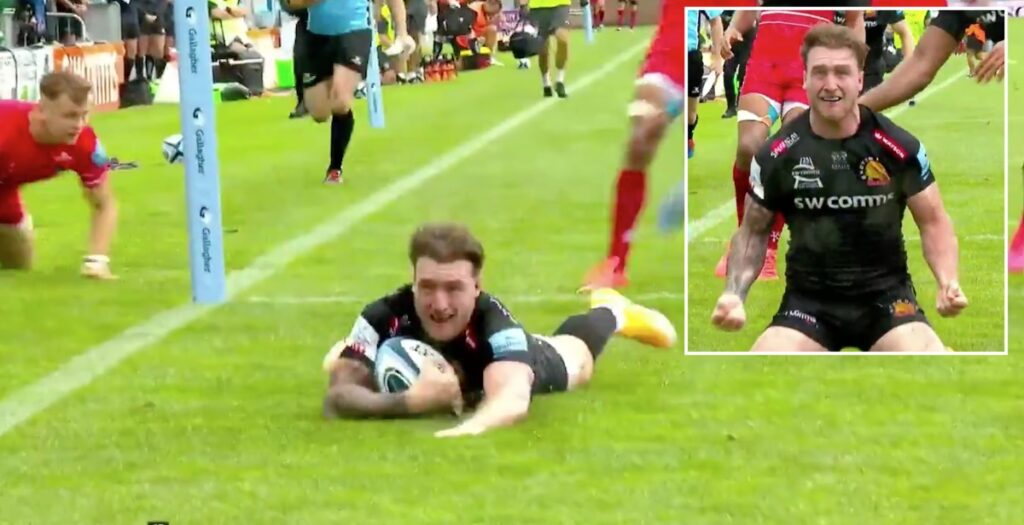 The hosts executed a lovely move from the back of a scrum on the halfway line which went through the hands of five Exeter backs before Hogg touched the ball down in the corner.

Inside centre Ollie Devoto took the ball to the line at first receiver before laying a deep pass for Joe Simmonds. The fly half then gave a delayed pass to Olly Woodburn which put the winger into space out wide where he feed Hogg for the try.

This move came from the back of Exeter’s first scrum of the match on the stroke of half time.

“One side to the other, and they have skinned a Tiger!” @andNickMullins 🎙️