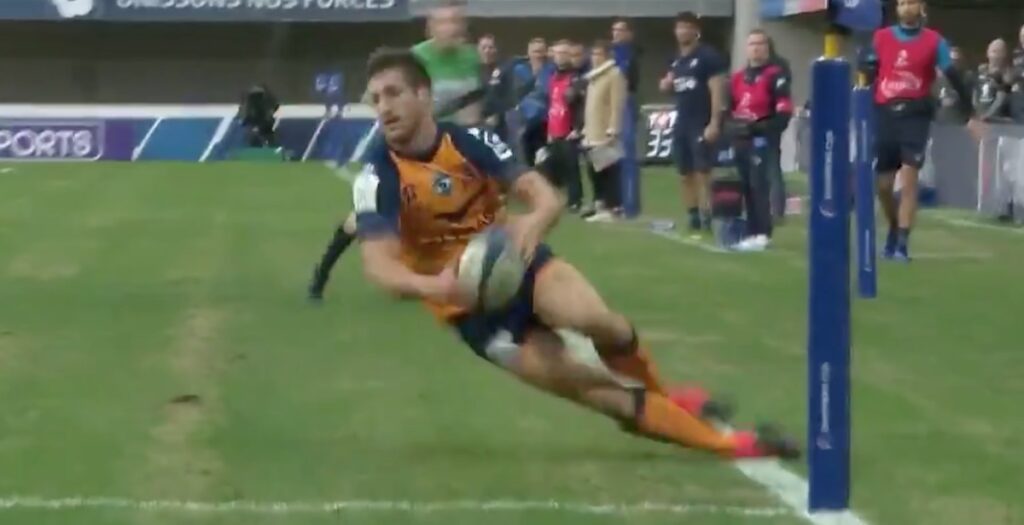 Montpellier fly half Johan Goosen gifted Toulouse an important try at the GGL Stadium in the Champions Cup on Saturday.

The South African slipped as he gathered the ball on his own try line and his feet went into touch, giving Toulouse an attacking lineout late in the first half.

However Goosen made it even easier for the visitors by giving the ball away to Toulouse, who seized the opportunity by taking a quick throw.

Australia international Rory Arnold then powered over the line to score Toulouse’s second try and they took the lead for the first time through a successful Thomas Ramos conversion.

The visitors went on to win the game 18-26 meaning Toulouse now sit top of Pool 5 after four rounds.

An absolute 🎁 for Toulouse!

First Johan Goosen slips collecting the ball, then gifts it straight back to the visitors…

Arnold also doubled his tally for the afternoon which this lovely intercept: