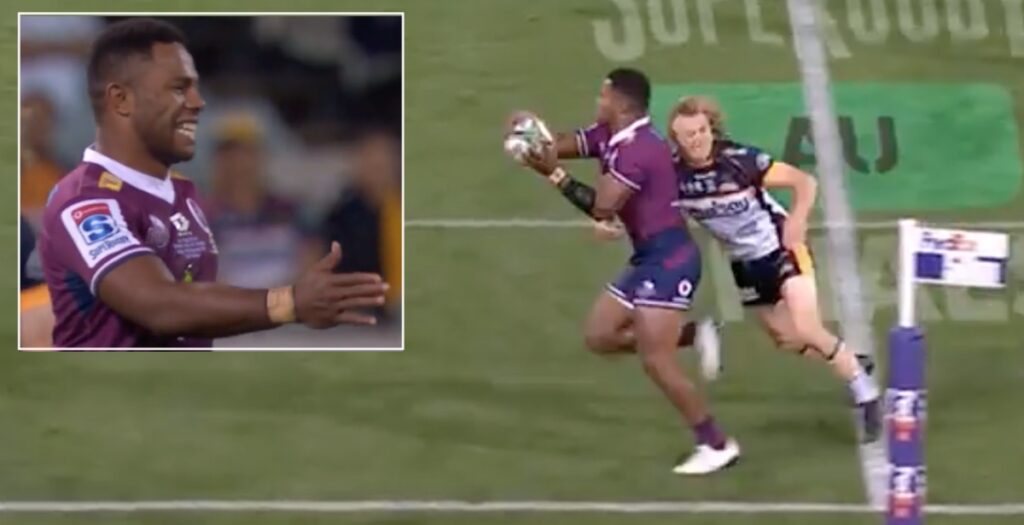 The 25-year-old Fijian galloped down the blindside of a scrum inside the opening 10 minutes at the GIO Stadium before being taken down by Brumbies scrum half Joe Powell just past the halfway line.

Filipo Daugunu has to be in the Wallabies 23

How to squeeze he and Marika Koroibete into the starting XV? #SuperRugbyAU #BRUvRED

However as Daugunu was being hauled to the ground he dummied a one-handed offload which completely fooled Brumbies winger Andy Muirhead before releasing the ball to his Reds teammate Fraser McReight.

Unfortunately Muirhead wasn’t able to control possession but nothing can take away the incredible skills on show by the Fijian on the wing.

Sadly for Daugunu it was the Brumbies who went on to win the final 28-23 and full match highlights are available below: