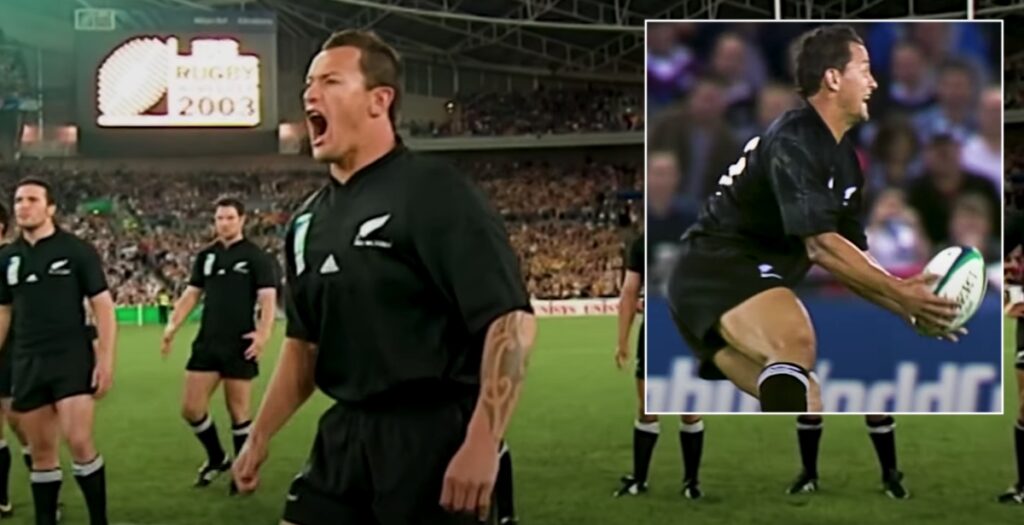 World Rugby has released some fantastic footage of All Blacks great Carlos Spencer’s incredible skills at the 2003 World Cup in Australia.

The fly half was known for his mercurial talent and flair which consistently ridiculed defences at all levels of the game, most memorably against the likes of South Africa, Wales and Australia during the international tournament 17 years ago.

As well as scoring some outrageous tries and showcasing audacious skills, King Carlos produced his iconic through-the-legs pass to assist Joe Rokocoko against the Springboks in the quarter-finals.

Outside international rugby Spencer was also one of the most feared players in Super Rugby that year because of his ability to utilise space and unlock defences with ease.

Despite his unreal talent Spencer only amused 44 caps for the All Blacks over a nine year period before joining Northampton Saints in 2005.