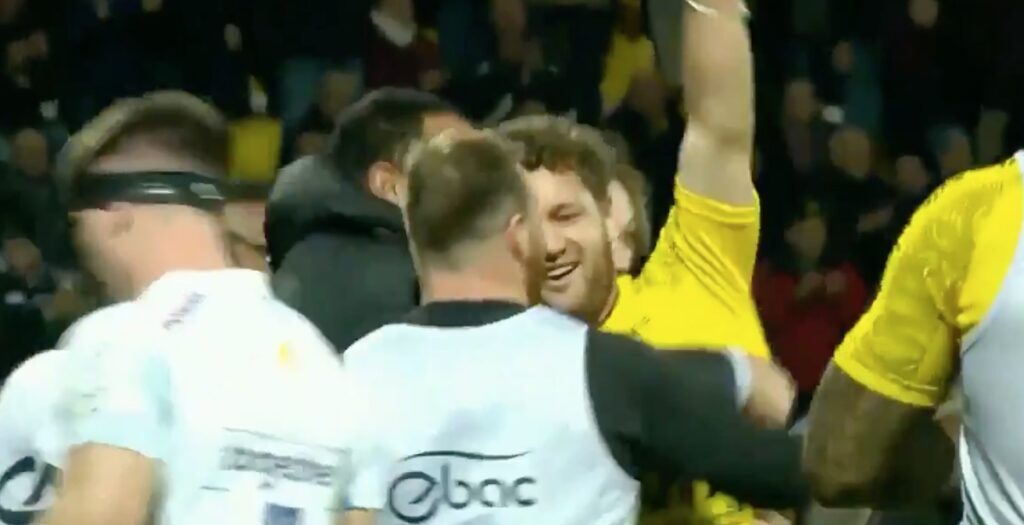 Former All Blacks scrum half Tawera Kerr-Barlow scored a remarkable try for La Rochelle against Sale Sharks on Friday night.

The 29-year-old intercepted a pass from his opposite number Will Cliff on the halfway line and ran 50 metres to score their second try of the game in the Champions Cup pool match.

However in the process of gathering the ball, Kerr-Barlow pinned the ball against his leg while running to secure possession en route to the try line.

Kerr-Barlow was awarded man of the match after helping his side to a 30-23 win at the Stade Marcel Deflandre, leaving them second behind Exeter in Pool 2.

It was another dramatic meeting between @staderochelais and @salesharks last night 👀

Much like the reverse fixture in Round 2, a red card changed the game… ♦️

But this time the French side prevailed to claim their second #HeinekenChampionsCup win 💪 pic.twitter.com/04Ro9obn9l

Kerr-Barlow has earned 29 caps for New Zealand and joined the French club in 2017 having spent his entire professional career before that playing for the Chiefs and Waikato.