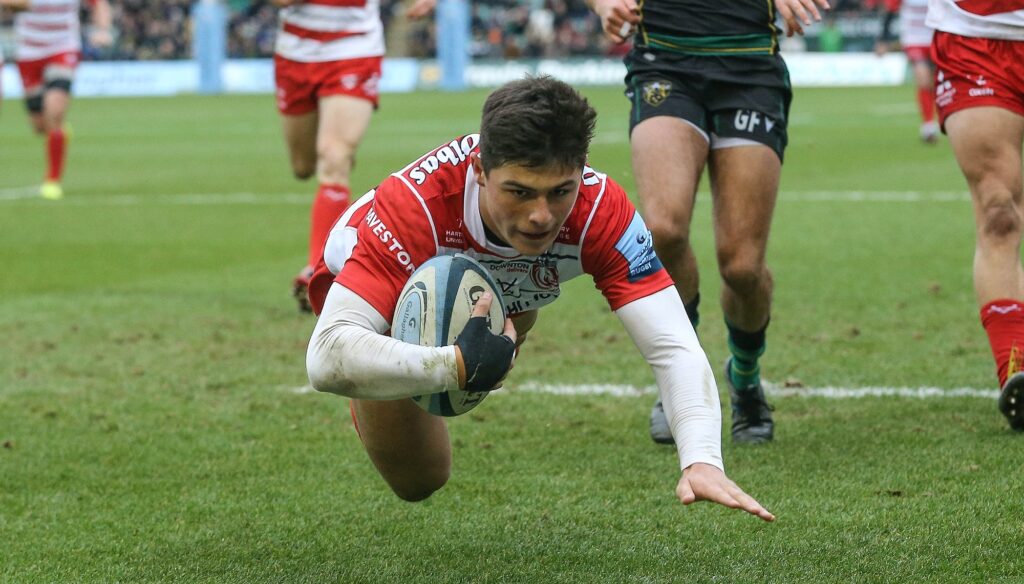 Louis Rees-Zammit became the youngest ever player to score a Premiership hat-trick on Saturday against Northampton.

The 18-year-old has now scored five tries in two games for Gloucester and the young welshman is playing himself into contention for a Six Nations appearance in 2020.

Louis Rees-Zammit becomes the first 18-year-old to score @premrugby hatrick. Before today only four other teenagers had ever done it, and all were 19 (and two of those also for @gloucesterrugby): Iain Balshaw, James Simpson-Daniel, Marcel Garvey and Tom Varndell.

His first try came in the seventh minute at Franklin’s Gardens when he got on the end of Mark Atkinson’s chip. The winger got to the ball before anyone else, managed to fly-hack the ball and use his blistering pace to regather and score in the left corner.

Rees-Zammit was on the end of two other fantastic team tries for Gloucester but despite scoring a hat-trick it wasn’t enough to secure a win, with Northampton running away with a 33-26 victory.

This lad is some player! pic.twitter.com/Rb54VLCCd8