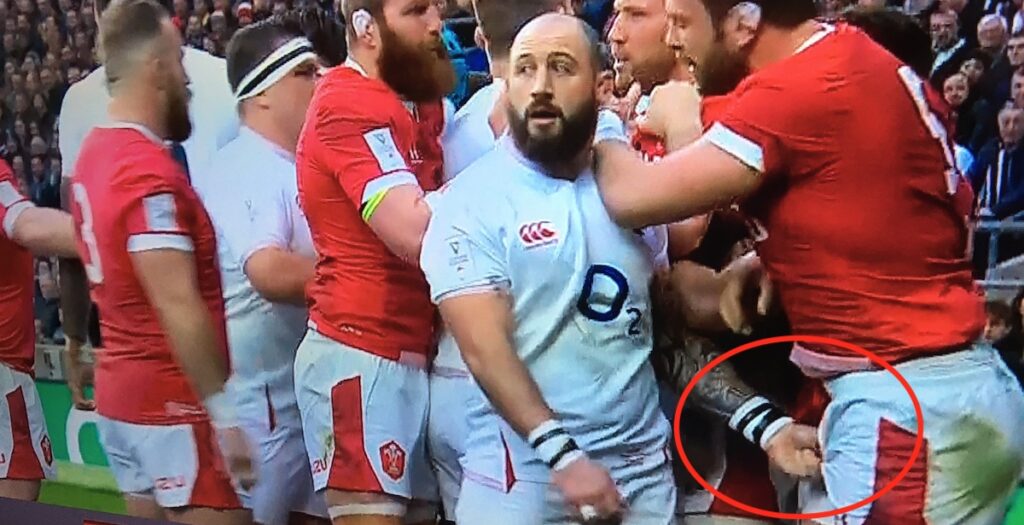 England prop Joe Marler found himself at the centre of attention yet again when he appeared to pinch the testicles of Wales captain Alun Wyn Jones during Saturday’s Six Nations clash.

Marler is widely known as one of rugby’s funnymen and during a scrap in the first half of the game at Twickenham the 29-year-old gave England the fans something to cheer about.

Jones threw his arms up in the air in protest after having his meat and two veg fondled by Marler, as the loosehead prop stood there smiling at the camera.

Marler has now earned 70 caps for England since making his debut in 2012 and is regarded as one of the most experienced loosehead props in the game.