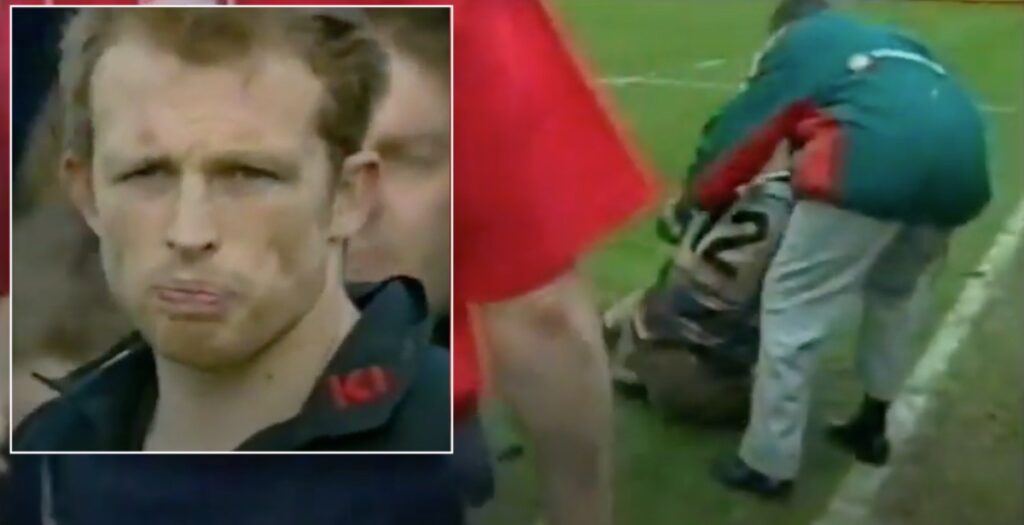 Back in 2001 World Cup winner Matt Dawson got away with a brutal swinging arm tackle during a Premiership match at Franklin’s Gardens.

The Northampton Saints scrum half closed down Leicester Tigers centre Pat Howard as he charged down the near touchline midway through the second half.

Dawson then took out Howard with a wild singing arm around the face which left the Australia international on the floor, needing help from the team doctor to get back on his feet.

Commentator Stuart Barnes described the challenge as an “angry swing” but Dawson did not receive a card for the tackle, which would unquestionably see red by modern standards.

Dawson earned 77 caps for England and went on three separate British & Irish Lions tours throughout his illustrious career, in which he played 246 times for Northampton.