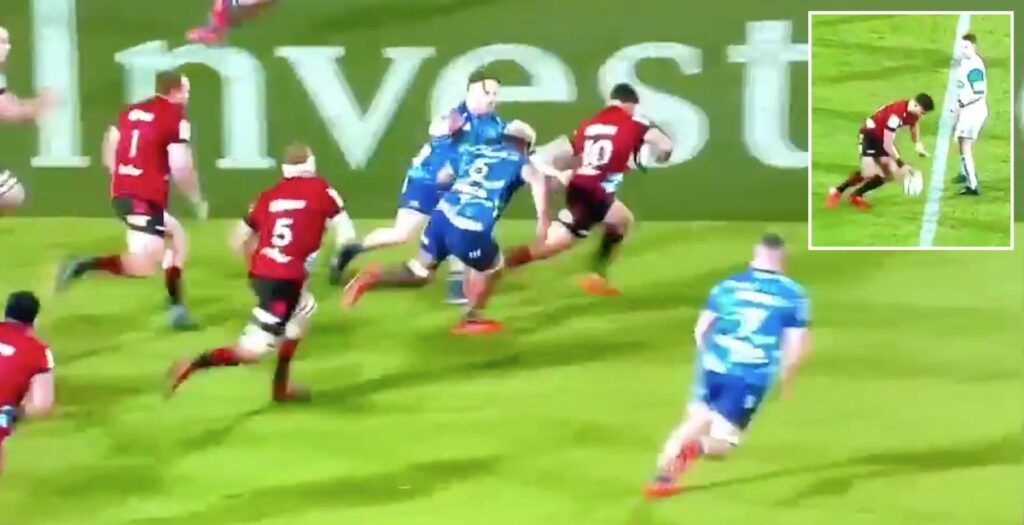 Crusaders fly half Richie Mo’unga produced a stellar performance against the Blues in Saturday’s heavyweight clash in Super Rugby Aotearoa highlighted by a moment of magic in the second half.

The 26-year-old is probably a step closer to cementing his role as starting 10 for the All Blacks ahead of Beauden Barrett and he single handedly swung the momentum of Saturday’s match with a wonderful restart midway through the second half.

Following Rieko Ioane’s try for the Blues on 54 minutes, Mo’unga took a sneaky restart which he regathered and then beat four defenders to take the Crusaders within 10 metres of the Blues try line.

From that point the home side got the crowd behind them and went on to score a further 17 points in the final quarter and beat the Blues 26-15. Full match highlights are available below:

Mo’unga has represented the All Blacks 17 times since making his debut in 2017 and is arguably enjoying the form of his career.