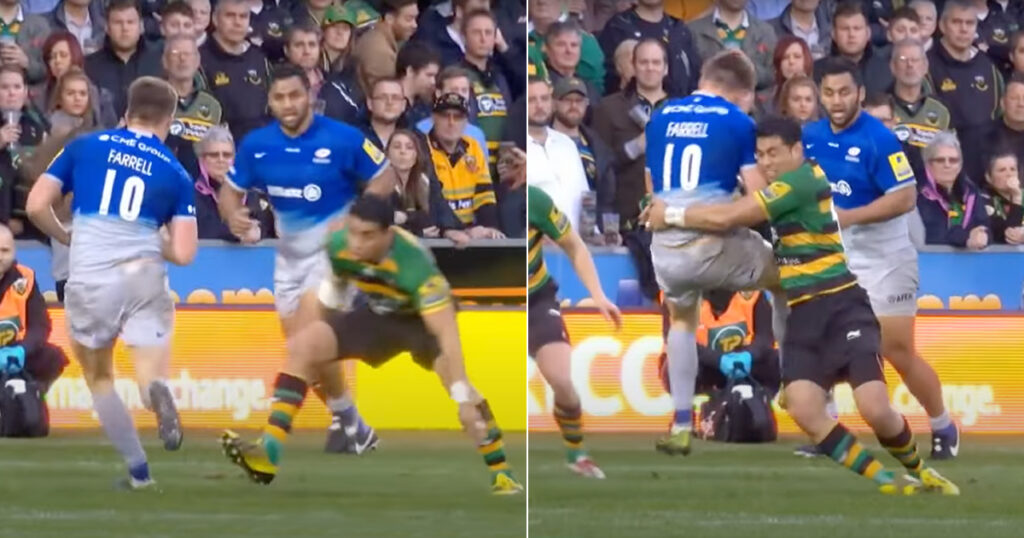 The Pisi brothers have featured in a number of the biggest hits we’ve even posted here on Rugbydump, so today we look at a little compilation that someone put together, featuring the very best of George, who was a Northampton Saints stalwart.

Hailing from Samoa, Ken, Tusi and George all represented their country at Test level, but also went on to forge successful careers abroad.

They were all known for their dominant defensive play, and have created some of the most memorable moments we’ve seen over the years.

George Pisi was known as one of the hardest hitters, as we saw when he demolished Shane Geraghty, who was left being sick on the pitch.

His giant hit on Mark Bennett was also worth noting, as is the blindside shot on Nick Abendanon, and both are included in the compilation.

Another Northampton Saint, Ahsee Tuala, said in a recent interview that the Pisi brothers are doing well back home in New Zealand.

“They’re back at home (in New Zealand),” Tuala told northamptonchron.co.uk in an interview a few months back.

“I keep in touch with Kenny mostly – he sends me a message now and then.

“George is back at home as well and they’re just doing a bit of work back at home. They’re loving life.

“Obviously they haven’t been back to Northampton for a while but their kids pretty much grew up here so it was good for them to take them back to New Zealand and see all their family. Home for them is New Zealand.

“I don’t think they’re playing yet, I think they’re just away from rugby and trying to enjoy their life and they are well. I think Kenny is doing a bit of driving, a bit of a courier job, and George is in the scaffolding business. I’m not too sure if they’re still doing it, but that was the last I heard from them.”

Whatever they are up to, these tackles from George Pisi certainly cement his reputation as one of the most feared midfield tacklers the game has seen.