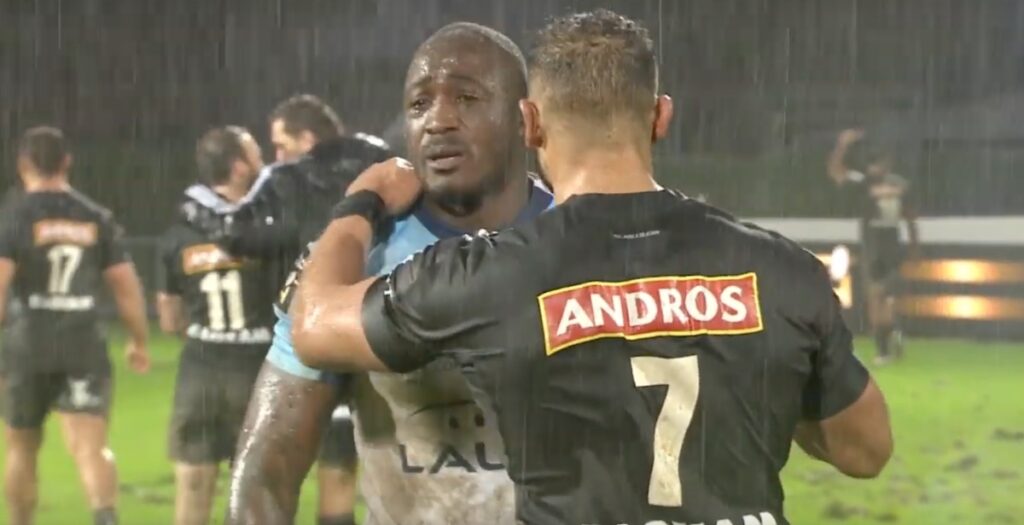 Rare footage has been released of Bayonne winger Djibril Camara being comforted by the opposition after full time in an emotional embrace.

The former French international was upset about the recent passing of his cousin and fellow ex-international Ibrahim Diarra earlier this week and Brive openside flanker Saïd Hirèche offered his condolences.

The footage shows just how much emotion and respect the players have each other and demonstrates the values associated with rugby.

Camara has earned four caps for France since his debut in 2016 and the 30-year-old made nearly 200 appearances for Stade Francais before joining Bayonne for the start of the current season.