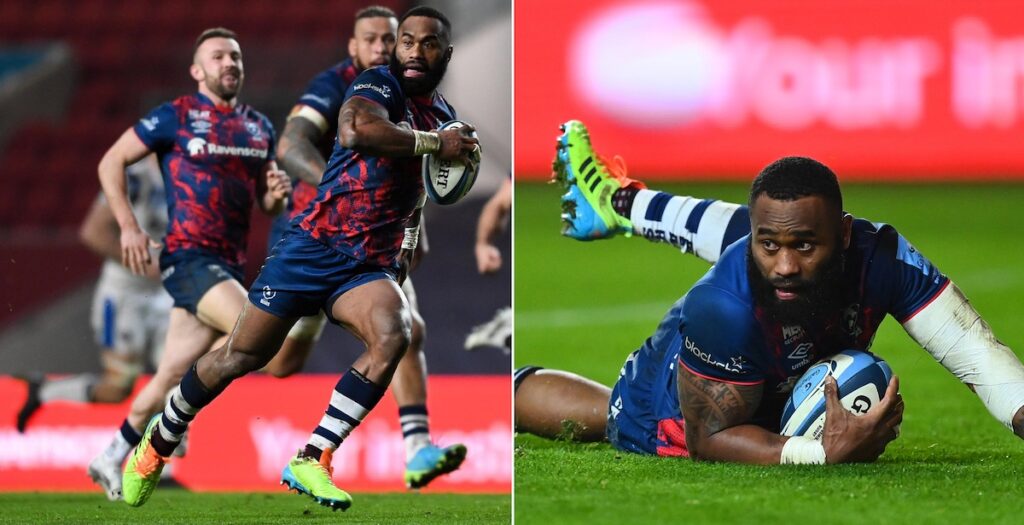 Every time the visitors kick the restart to @radradra_semi 😬

The Fijian was devastating with ball-in-hand and scored a lovely individual try from 60-metres, but Bath did’t help themselves by kicking all six of their first half restarts straight at Radradra.

Hand the ball to Semi Radradra, sit back, and enjoy 😎#GallagherPrem pic.twitter.com/As7NGIJWAF

The centre was not only reliable under the high ball but managed to get his arms free on three separate occasions to launch a counter attack from deep, leaving commentators Ugo Monye and Lawrence Dallaglio perplexed by Bath’s tactics.

“It’s the definition of insanity when you keep doing the same thing over and over again,” said Dallaglio. “When are they going to learn?”. Monye added: “It’s not acceptable. There has to be enough understanding and a feel for the game to stop kicking to Semi.”

During an in-game interview Bath director of rugby Stuart Hooper admitted that he wasn’t sure why his side were kicking to the Fijian every time and in the second half the visitors didn’t find Radradra with any of their restarts.

This latest win maintain’s Bristol’s near perfect start to the Premiership season with six wins from seven, leaving them six points clear of Sale Sharks in second.